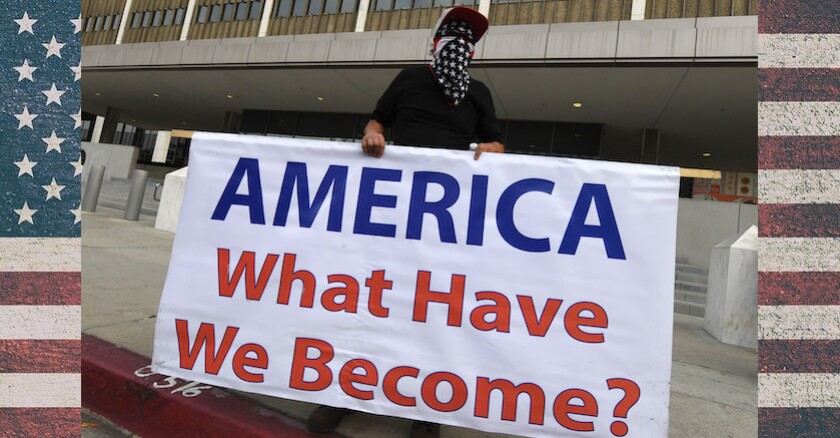 The rules for conducting elections aren’t the only thing being debated in state legislatures. Some want more control over the entire process. The bills reflect a growing loss of trust in democratic systems.

According to a January 2022 NPR/Ipsos poll, seven in 10 Americans believe that the U.S. is in crisis, even at risk of failing. Unproven claims that fraud tainted the 2020 election, still being repeated even by government officials, are a driving force behind these fears.

State legislators from both parties have aggressively pushed election reform, introducing a record number of bills relating to matters including registration, voting by mail, voter ID and drop boxes. Moving beyond this, some Republican lawmakers have introduced bills that could give legislatures more power to decide election outcomes.

“We see legislation and legislative reaction after every big election,” says Tammy Patrick, senior adviser to the elections program at Democracy Fund. “But the process is morphing in a way because it’s taking on additional topics that are greatly gaining traction that they never would’ve gotten in the past.”

One of the bills that has attracted the most attention, Arizona HB 2596, would give the Legislature power to accept or reject election results. In the event of a rejection, “any qualified elector” would be able to file an action in a superior court to request a new election.

Republican Speaker Rusty Bowers stopped the bill in its tracks by assigning it to every committee in the House. “The point is, when we gave a fundamental right to the people, I don’t care if I win or lose, that right was theirs,” said Rep. Bowers in explaining his actions.

Only 15 percent of those in the NPR/Ipsos survey saw giving state legislatures the ability to determine outcomes as a way to make elections more fair. If not as bold as HB 2596, other proposals could still be disruptive.

Patrick, a former Maricopa County election official, sees three “buckets” of legislative activity with potential to give legislators more sway over outcomes. These include changes that could increase partisan influence over the officials and offices that administer elections, or the process for certifying results. “We’re also seeing this bucket of, ‘What if we don’t like the results, what do we do?’,” says Patrick.

Georgia SB 202, which became law in March 2021, gives the Legislature the power to appoint the chair of the State Election Board. The board, in turn, can name a partisan actor to oversee elections, with powers including declaring fraud. Wisconsin LRB-5221 would dissolve the state’s elections commission and transfer its duties, including election certification, to the secretary of state.

Florida Gov. Ron DeSantis has announced plans to introduce legislation to create an Office of Election Crimes and Security to investigate fraud and enforce election violations. Several states have proposed criminal penalties for poll workers. Some see such measures as more likely to foster voter and worker intimidation than greater election integrity, given that multiple studies reviewing decades of election results have found that fraud is exceedingly rare.

According to the Elections Clause of the Constitution, the times, places and manner of holding elections for federal congressional elections “shall be prescribed in each State by the Legislature thereof.” The clause also gives Congress the power to make regulations or modify state laws regarding these elections, and in recent years federal legislators have made unsuccessful attempts to enact legislation to create consistent national standards for election administration.

At the same time, litigants in voting rights cases have seized on the meaning of the word “legislature,” asserting that only elected members of state legislative bodies are empowered to regulate elections. A recent paper published by the Washington Law Review notes that more than 40 cases centered around such claims were filed in 2020, “largely seeking to limit voting access before the election or to overturn results after election day.”

This is an interpretation of the clause that has never been suggested before, one that could give legislatures unchecked authority over elections, says Wendy Weiser, vice president for democracy at the Brennan Center. “It’s a dangerous push outside the realm of previously plausible interpretations.”

After analyzing the relationships between voting procedures, turnout and vote margin in the 2020 general election, political scientist Alan I. Abramowitz concluded that the strong preferences of voters were the driving force behind the high turnout and outcome. He found that the procedures involved had no measurable impact on the vote margin, and efforts to suppress turnout through restrictions on procedure are unlikely to bear fruit in future elections.

They could even backfire, he writes, “by angering voters who are the targets of these efforts and by causing left-leaning voting rights groups to increase their voter registration and GOTV [get out the vote] efforts.”

If states do manage to enact laws that could give legislatures outsized impact on results, it’s not hard to imagine a similar effect on voters, drawing intense scrutiny to the actions taken by officials. Building a political climate around fraud could cut both ways.

It’s early to know how far legislatures might be able to encroach into areas of election administration previously outside their control. Less than 300 of the more than 3,500 election bills introduced last year made it into law, according to the National Conference of State Legislatures.

“It’s the voters’ decision which of us get elected, and it’s our election administrators who work to make sure that voters have confidence that ballots are counted accurately, fairly and transparently,” says Maryland state Senator Cheryl Kagan. Bipartisan efforts to improve election administration are possible; two bills she has introduced that have to do with matters such as sharing election costs, outlawing fake drop boxes and recounts in close elections were approved unanimously in committee.

Jan. 6 was a new low for the country, says Kagan, the outcome of a long stream of false election claims that fomented upset, division and loss of trust in democratic systems. “I think there are a lot of us, from both parties, who are trying to speak truth to our constituents and trying to recalibrate the tone and the level of anger in our democracy.”

Fighting for the Environment, One Bill at a Time!