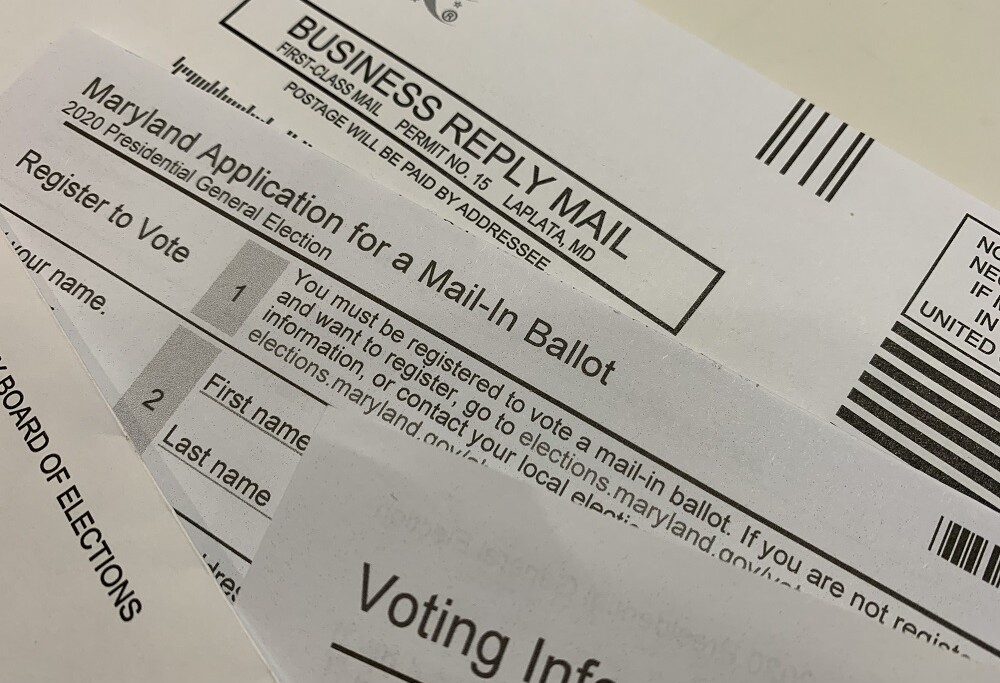 Mail-in ballots became a popular option during the 2020 election. Photo by Angela Breck

A bill to ensure Marylanders get a second chance to sign a mail-in ballot oath, required for their vote to be counted, moved forward in the Senate on Wednesday after an unsuccessful attempt by Republican lawmakers to amend it.

Under current Maryland law, voters who don’t sign the oath on a mailed-in ballot have their ballot automatically rejected. Under Kagan’s bill, voters would be allowed to provide a signature via “a digital picture message” by phone or email, an online portal, by text message, by mail or by an in-person visit to their local board of elections’ office.

Kagan said during floor debate Wednesday morning that, during the 2020 election, roughly 1,500 mail-in ballots didn’t have a signed oath and, therefore, were not counted. Her bill would require local boards of elections to notify voters about the need for a signature within three days after an election official discovers the error, and voters would have to correct the error by 10 a.m. on the tenth day after the election.

Senate Minority Leader Bryan W. Simonaire (R-Anne Arundel) introduced an amendment to require election officials to conduct a full audit if a sample audit of ballots reached a threshold for ballot envelope signatures that did not match recorded voter signatures.

His amendment would’ve required the State Board of Elections to come up with a threshold for the number of unverified signatures to trigger an audit of all mail-in ballots. Most details of the audit, how to verify voters’ signatures and the number of absentee ballots that local boards were required to audit would have been up to the State Board of Elections.

Kagan pushed back on the amendment and said signature verification in other states disproportionately affects the ballots of people of color and low-income voters. She added that people’s signatures also change over time.

“I don’t know about you, but my signature has changed a lot from when I registered to vote at age 17 or 18,” Kagan said.

Simonaire questioned whether or not someone would be able to sign a fake name like “Mickey Mouse” on a ballot and have it count. The ballot oath requires the signature of the voter, and Kagan said falsifying that signature already carries legal penalties.

Simonaire’s amendment was defeated on a voice vote. Simonaire said he wanted a roll call vote on his amendment and asked to postpone further debate on the bill, but that motion was defeated in a 15-30 vote. Kagan’s bill subsequently received preliminary approval from the Senate and is likely to come up for a final vote later this week.