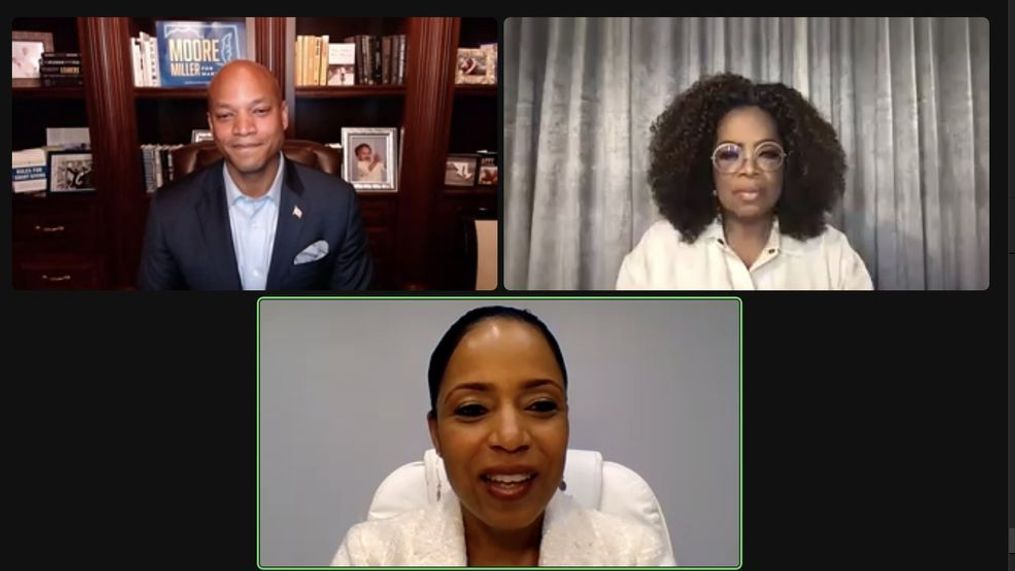 The chat between Moore and the veteran TV personality was held over Zoom. State Del. Cheryl Kagan, who represents Montgomery County, said about 300 people attended the fundraiser.

Moore, a best-selling author, has been a frequent guest on Winfrey’s television shows and podcasts over the years.

In 2012, Oprah Winfrey was reportedly attached as an executive producer to a film adaption of his book “The Other Wes Moore.” However, a film has yet to be produced.

Moore is part of a crowded field of Democrats vying for the nomination. Other Democratic candidates include former Labor Secretary Tom Perez and Maryland Comptroller Peter Franchot. Former Maryland Secretary of Commerce Kelly Schulz is considered the Republican front-runner.