ANNAPOLIS – Feline advocates are celebrating their legislative victory on a bill to outlaw declawing cats and urging Republican Gov. Larry Hogan to sign it. 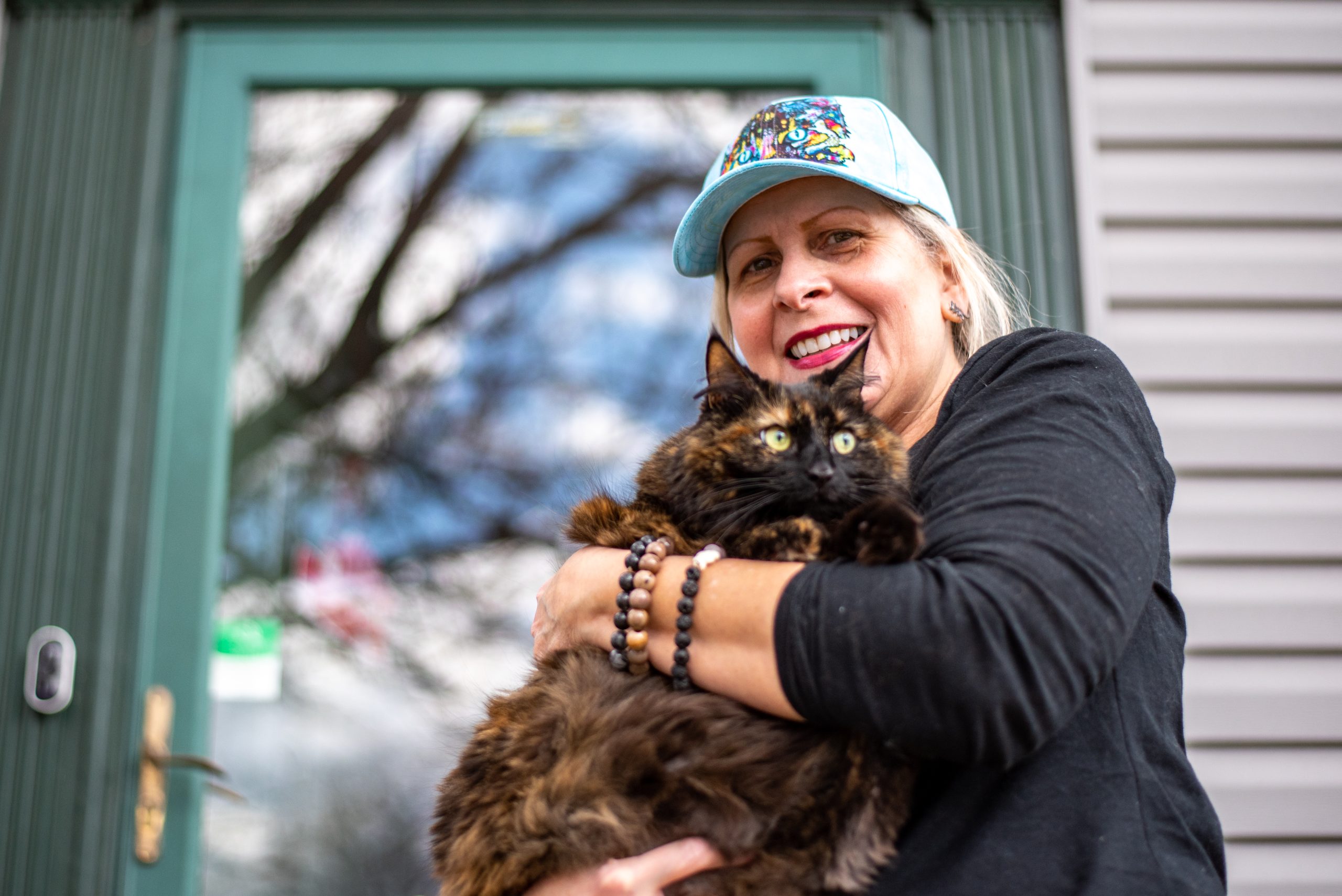 Ginny Boveington, outside her house in Crofton with cat “Cleo,” is the administrator for the 200-member Facebook group Maryland Tortie Cat Club and a strong proponent of the bill to outlaw declawing cats. (Joe Ryan/Capital News Service)

The bill (SB67) to outlaw declawing except for specific medical reasons, won final approval in the Senate on Monday, and is now on Hogan’s desk.

Alley Cat Allies founder and president, Becky Robinson, is one of the many supporters of the legislation.

“On behalf of Alley Cat Allies and our over 34,000 supporters in Maryland, we urge Governor Hogan to sign this bill and eliminate the inhumane act in Maryland once and for all,” Robinson said in a statement.

With Hogan’s signature, Maryland would become the second state in the country to ban the practice, following New York, which outlawed declawing in 2019. Thirteen cities, including Los Angeles, San Francisco, Denver and Pittsburgh, also have outlawed the procedure, according to information collected by Alley Cat Allies, a Bethesda-based organization that advocates for cats worldwide.

Jennifer Bevan-Dangel, Maryland state director for the Humane Society of the United States, tweeted “Victory” to her followers.

“MD will become the 2nd state to ban cruel practice of cat #declaw this #MDGA22. Getting it done for the #HumaneAgenda Thank you @CherylKagan and @LCharkoudian for your leadership!”

Show Your Soft Side, a public service campaign that advocates against animal abuse across the nation, expressed similar sentiments.

“VICTORY! Thank you, bill sponsors Senator @CherylKagan and Delegate @LCharkoudian, and EVERYONE who helped MD pass a historic and humane ban on declawing cats. Just one step left: @GovLarryHogan’s desk. Soft Side spokescat Bugs knows he can count on our pet-loving Governor,” the campaign tweeted on Monday.

Many cat owners declaw their cats for a variety of reasons, including fear of injury or protection of furniture. Kagan argued during Senate floor debates that declawing cats was cruel and inhumane. Veterinarians and others testified during hearings that the process was the equivalent of removing a person’s finger to the first knuckle.

“A lot of people don’t realize it can be harmful to the cat,” Kagan said. “It’s almost like cutting off their knuckles.”

The legislation did not pass without opposition. Sen. J. B. Jennings, R-Baltimore, and Harford, proposed amendments to the bill that would keep some declawing practices in place.

“I mean, cats are cats, man.,” Jennings said during a floor debate in February. “They’re not a dog. They’re tough. They have their own mind. They’ll do their own thing.”