Joe Vogel off and running for District 17 House seat 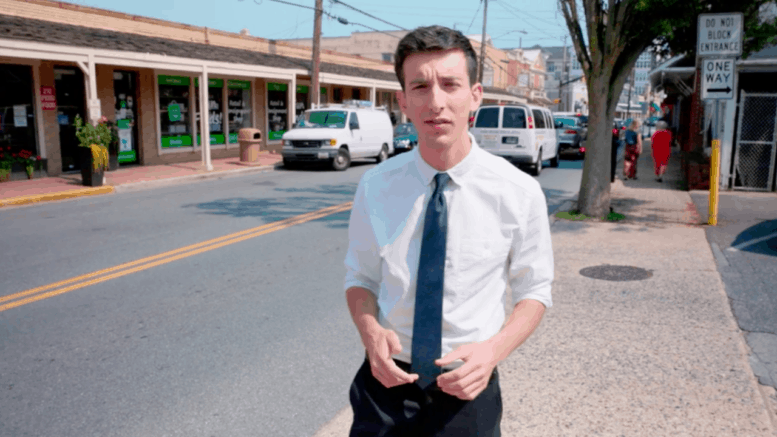 Democratic activist Joe Vogel of Rockville released a slick and impressively choreographed video Monday, in both English and Spanish, announcing his District 17 candidacy.

“I’m running for Delegate to bring the voices of Gaithersburg and Rockville to Annapolis and secure a better future for our community, starting today,” Vogel said in a statement.

Legislative District 17 encompasses the cities of Gaithersburg and Rockville.

This article will tackle a couple of pertinent questions

Who is Joe Vogel, and what is his campaign platform?

Rare it is when politicians subject themselves to self-imposed term limits.

But perhaps Jim Gilchrist’s exit from the House was aided and abetted by none other than his state senator.

But Gilchrist is out of the running.

Gilchrist says no – but who believes that?

Mr. Gilchrist, 56, told Maryland Matters that Kagan’s efforts to rid him from the District 17 delegation didn’t influence his decision to step aside from politics for the time being.

“It was the most emotional decision. It took months,” Gilchrist told Maryland Matters. He said he “talked to more people that I haven’t talked to in years.”

“She did not endorse me four years ago, and I think it’s pretty clear she wasn’t going to do it again this time. … That was our political relationship right there,” Gilchrist told Bethesda Beat.

Cheryl Kagan is a political force

While Kagan didn’t endorse Gilchrist for re-election in 2018, she didn’t outright work against him.

But this time would have been different.

Kagan is an undeniable political force in Montgomery County; Gilchrist probably knows this.

Maryland political insiders know not to fall on the wrong side of Cheryl Kagan.

Maybe Gilchrist thought, “I’ve had 16 solid years in Annapolis. I don’t need this headache. I don’t need my state senator cutting me off at the knees. Why the hell would I put myself through this? Thanks, District 17. I’m out.”

On the flip side, Gilchrist earned the second-most number of votes in the 2018 District 17 general election, only a few hundred votes shy of Kumar Barve’s number-one spot.

In 2018, incidentally, Kagan was rumored to have been shortlisted for a Democratic gubernatorial ticket.

The District 17 state senator is a master at taking on establishment figures -a skill befitting a rough-and-tumble Democratic gubernatorial primary.

For reference, see Sen. Kagan’s slaying of Maryland Comptroller Peter Franchot (D) in May 2021 over Franchot’s apparent inaction on NextGen 911.

Jim Gilchrist is an independent thinker. He doesn’t always march to the Montgomery County delegation’s cadence.

But therein lies the problem with Montgomery County.

Losing an experienced pragmatist like Gilchrist in Annapolis is tragic for both District 17 and Montgomery County.

Will other Democrats even consider running in District 17?

Will Cheryl Kagan’s backing of Vogel deter qualified Democrats from jumping into the District 17 primary?

Delegates Barve and Palakovich Carr are expected to seek re-election next year.

It’s unclear at this time whether the two District 17 incumbents intend to endorse Mr. Vogel for the open House seat.

His and his family’s journey to the U.S. personifies a uniquely American narrative for which all of us can be proud and celebrate.

Mr. Vogel’s website shares more about this family’s history escaping the Holocaust and their journey from Uruguay to the United States.

While Mr. Vogel’s life story is compelling, District 17 voters should expect substance over narrative instead of flowery campaign videos heavy on the sentimental but light on experience and policy.

Mr. Vogel argues his life experiences abundantly qualify him for the gig.

That’s for District 17 voters to decide.

But Vogel’s entrance into the race shouldn’t deter other Democrats from running, even with Kagan in Vogel’s corner.

But the District 17 House race should not become an establishment decree from the Annapolis insiders known to clear the field – because they said so.

Joe Vogel has his work cut out for him.

Soon enough, Joe Vogel may stand before the politically engaged residents of Asbury Methodist Village – some of whom are the most challenging questioners in all of Montgomery County.

And one other tidbit.

Harvard is a fun conversation starter while consuming copious beverages (adult or otherwise) at a McKinsey summer intern happy hour (although, the Boston Consulting Group is a livelier bunch).

But most voters just don’t care.

Voters should demand candidates articulate how their professional experience transfers beyond staffing politicians like Cory Booker and Hillary Clinton.

Kagan shared her thoughts about Vogel with Bethesda Beat:

“Joe Vogel is a very talented, young, dynamic, bilingual progressive leader whose family immigrated here when he was 3, and that kind of life experience and everything he’s done since then brings a perspective that we don’t have yet in District 17 and frankly, not enough of from around the state.”

All due respect to Sen. Kagan, however: What specific “perspective” is missing so noticeably and severely in District 17 that Joe Vogel unequivocally fills the gap?

Democrats in District 17 can make up their minds about whom to support in a contested primary.

But will District 17 even experience a contested 2022 primary now that Kagan is all-in on Vogel?

Contested primaries are healthy for democracy.

Any one of the Gaithersburg and Rockville City Councilmembers (and mayors) are more than qualified to represent District 17 in Annapolis.

What about Montgomery County Board of Education member Rebecca Smondrowski?

Cheryl Kagan is – like it or not – an establishment political figure in Montgomery County.

Although Cheryl Kagan herself took on the establishment – and she won.

As an undergraduate at The George Washington University, Mr. Vogel’s website touts his time as a campaign staffer for former Secretary of State Hillary Clinton’s 2016 presidential campaign.

His Linkedin page also lists one month working as a contractor for NARAL Pro-Choice America. 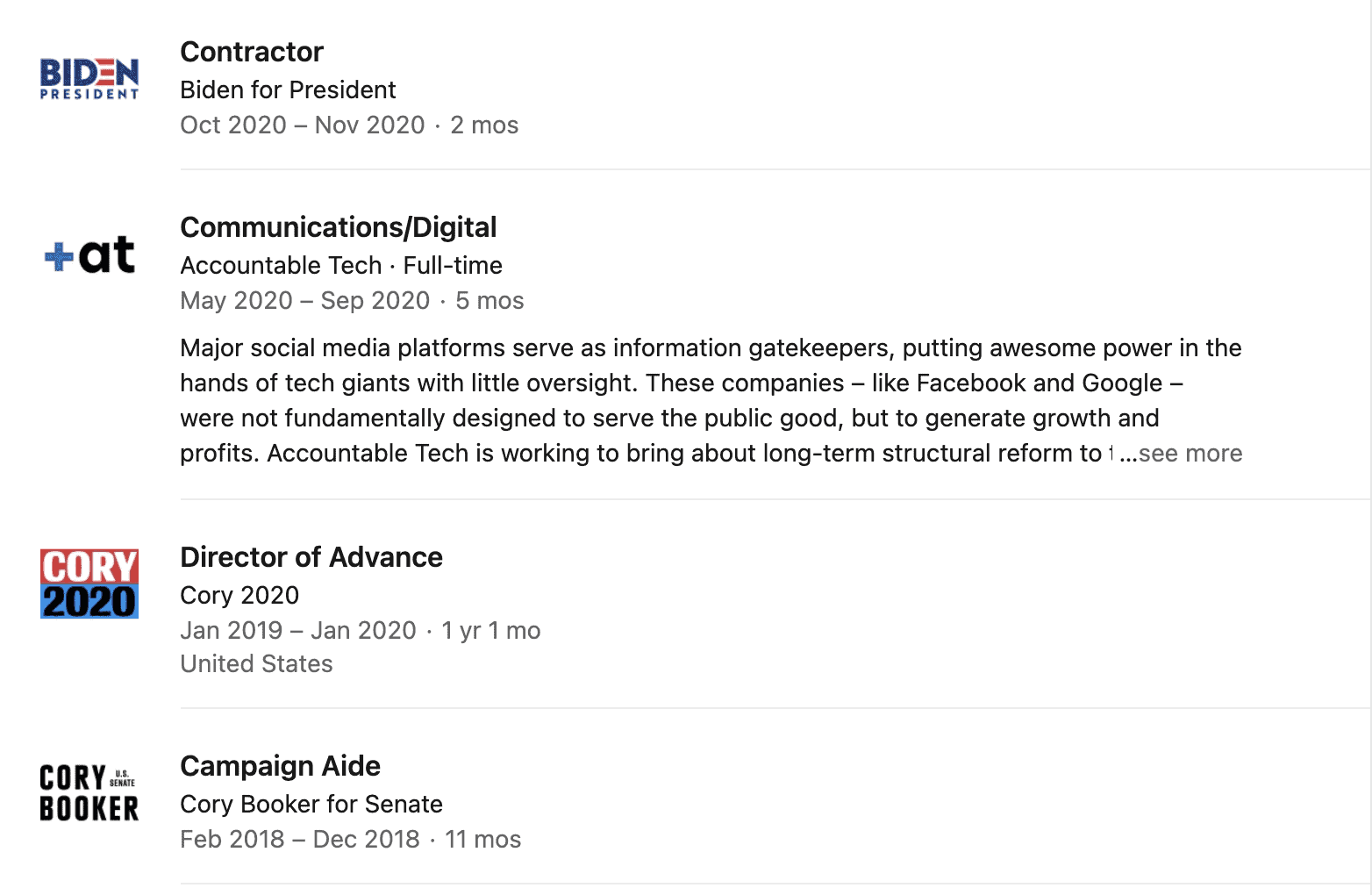 Visit Vogel’s Linkedin page to view his other work experience.

*An earlier version of this story incorrectly spelled Del. Gilchrist’s name. The story is updated.*

SPOTTED: Kagan in the Community!