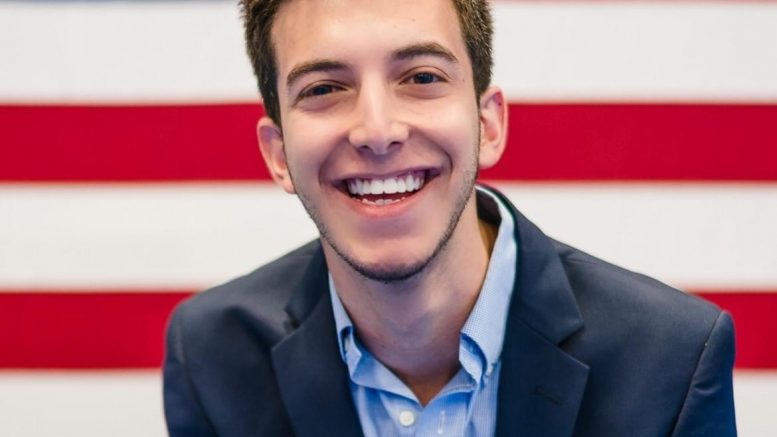 “Today, Joe Vogel, a Democratic activist raised in District 17, announced his candidacy to represent Gaithersburg and Rockville as a Delegate in the Maryland General Assembly. He launched his campaign with videos in English and Spanish, sharing his story and vision. As a young Marylander, a Latino immigrant, and an openly gay man; Joe will bring a new perspective to Annapolis and the ability to build strong coalitions.

Joe’s family immigrated to Rockville, Maryland when he was three-years-old. At 15, Joe volunteered on President Barack Obama’s re-election campaign and later worked for Senator Cheryl Kagan during her 2014 campaign. In 2015, Joe was nominated and confirmed by the Governor of Maryland to serve as a member of the Maryland Youth Advisory Council. Joe has been an active volunteer in community organizations working to address the ongoing economic and public health crises facing the community.

Before running for office Joe worked as a policy fellow for Montgomery County based Interfaith Works; started Learn It Together, a non-profit to support children of essential workers in their transition to remote learning during the pandemic; worked on the Presidential campaign staffs of Senator Cory Booker and Secretary Hillary Clinton; and was a consultant for the March for Our Lives, NARAL’s campaign against Brett Kavanaugh’s nomination to the Supreme Court, and President Joe Biden’s general election campaign. Joe is finishing a Masters in Public Policy from Harvard University and received his Bachelor’s Degree from The George Washington University.

In celebration of his campaign launch, Joe Vogel released the following statement:

“Our country, our state, and our community are facing some of our generation’s most pressing problems and we can’t afford to ignore them for a minute longer. We need bold, compassionate leaders to fight for meaningful systemic solutions. We need fresh ideas and creative thinkers to turn threats and challenges into opportunities. We need representatives who will listen closely, and center the people they represent in the policies they create.

“I’m running for Delegate to bring the voices of Gaithersburg and Rockville to Annapolis and secure a better future for our community, starting today. I hope you’ll join me — we’ve got a lot of work to do, and I’m ready to get to work.”