Dear Friend:
We have made it through another week of the COVID-19 crisis! You may have heard about protests in Annapolis this past weekend, urging the Governor to reopen Maryland’s economy. While I appreciate our Constitutional right to peaceably assemble, we must maintain our social distance if we are to “flatten the curve” and save lives.
Today, I am sharing my third and final update from this year’s abbreviated legislative session. If you missed Part One or Part Two, you can find them on my website.
Defending and Advancing Our Civil Rights
Funding our HBCUs
In a momentous end to a 13-year battle for more funding, the General Assembly authorized $580 million for historically black colleges and universities (HBCUs). Maryland has a history of discriminatory programming and funding. This bill unanimously passed the Senate. (Passed!)
Strengthening Services for the Deaf
Deaf and hearing-impaired residents will be better served as a result of the bill I sponsored in partnership with the Department of Information Technology (DoIT) and the Department of Disabilities (MDOD). My legislation shifted the Maryland Relay telephone service to an agency with more expertise and required that its new director be a user of these programs. (Passed! Sen. Kagan lead sponsor.)
Ensuring Equal Access to Restrooms

Many of us do not think twice about using a gender-neutral bathroom in a hotel, airplane, hospital, or friend’s home. However, in many public establishments, we face the unnecessary inconvenience of gender-divided restrooms– even when there’s only one toilet! Based on laws in Baltimore and around the country, SB401 would have made these facilities more accessible by requiring gender-neutral signage. (No committee vote. Sen. Kagan lead sponsor.)
Outlawing “Hate Symbols”
We are living in increasingly divisive times. Minorities should be protected from ugly and hateful tactics. SB161 prohibits the use of a symbol, such as a swastika, with the intent to threaten or intimidate. (Passed! Sen. Kagan co-sponsor.) 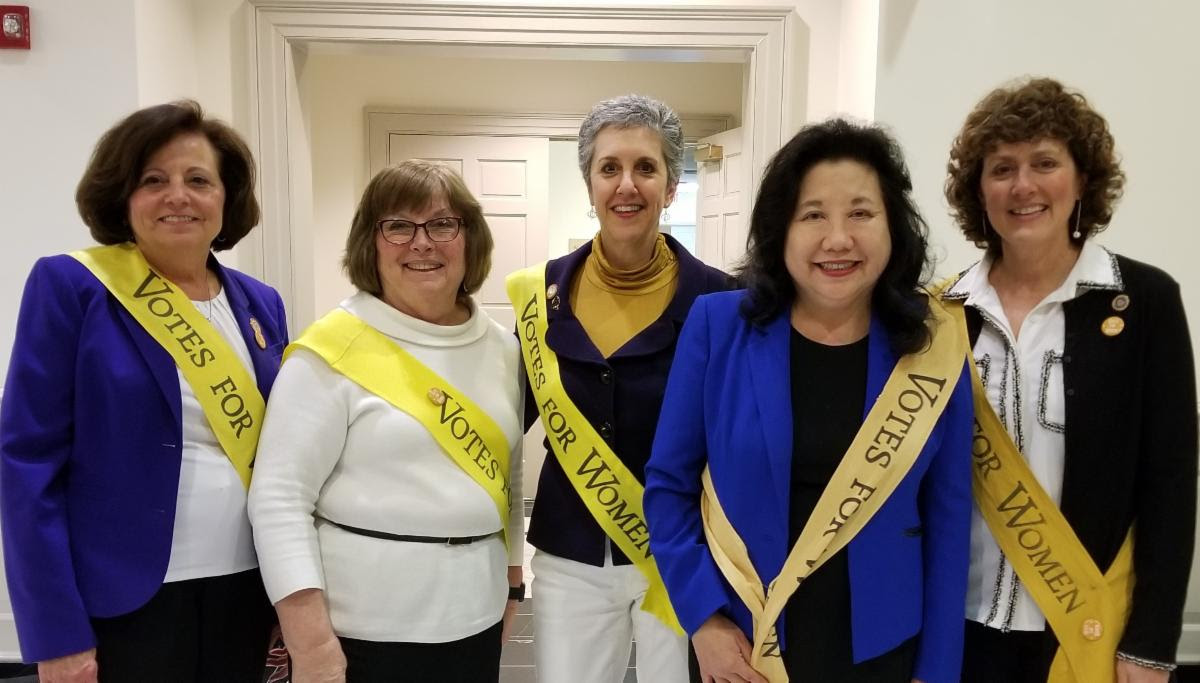 Creating Paycheck Fairness Statewide
This year, we are celebrating the 100th anniversary of the 19th Amendment, granting women the right to vote. According to the National Women’s Law Center, Maryland women earn 85.5 cents for every dollar earned by a man. When employers use salary history to decide pay, these gender wage gaps follow applicants from job to job. 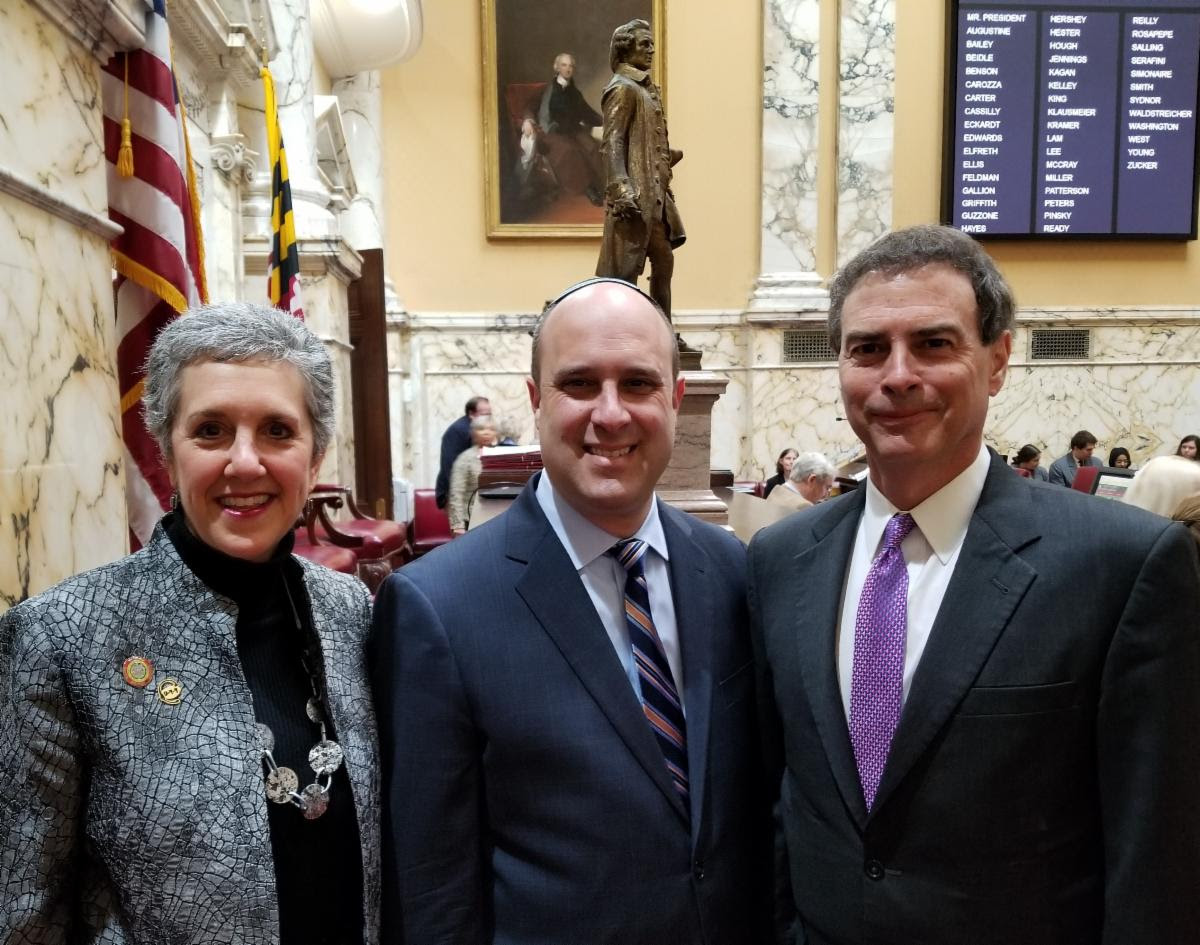 Under Jewish law, women must receive a “Get” (a Jewish divorce) from their husbands before a marriage is considered terminated. Women without this document do not have the right to remarry within the faith. While most Jewish men are willing to grant a “Get,” some withhold it as a means of revenge or leverage related to alimony, visitation rights, or domestic abuse charges.
I worked with Jewish communal leaders, a Constitutional scholar, and the Attorney General’s office to draft a bill that respects the separation of Church and State. SB536 would have created a legal tool for women to receive a “Get” before a divorce decree is granted. Although this bill did not pass, we must protect women from this type of abuse. (Failed. Sen. Kagan lead sponsor.)
Supporting Death with Dignity 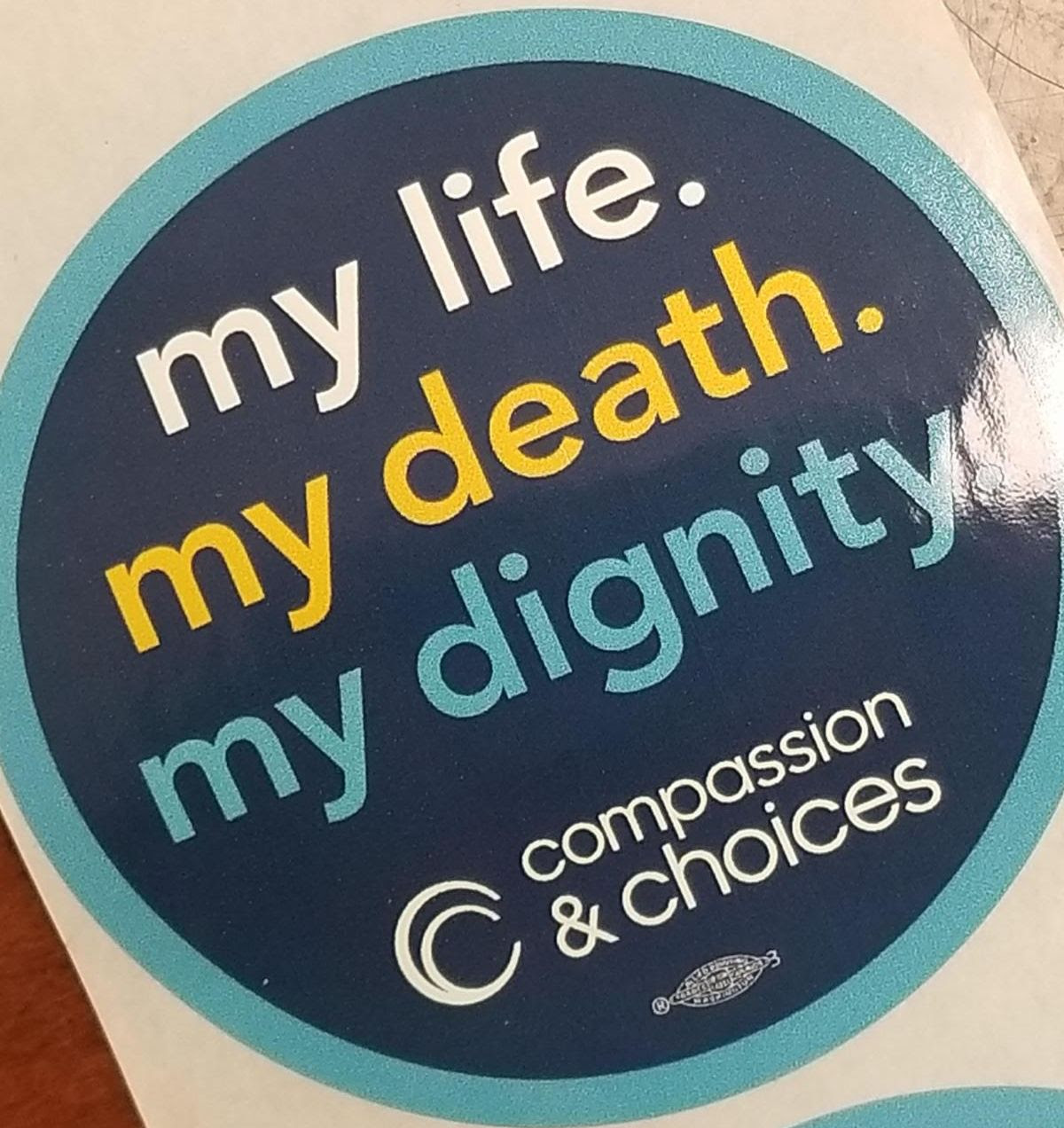 I was proud to once again co-sponsor the “End of Life Option Act.” SB701 would have created a process for a patient to request aid in dying from an attending physician. Terminal illnesses and degenerative diseases can make end-of-life care excruciating for both patients and their loved ones. Eight states and DC allow compassionate choice; I hope Maryland will take action next year. (Failed. Sen. Kagan co-sponsor)
Advocating for Consumers

Ending “Gas Price Gouging”
Some gas stations post only their lowest (cash) price while displaying credit card prices on smaller, unilluminated signs. This “bait & switch” practice should be prohibited! Gas stations should post either the highest or both prices equally. In endorsing the bill, Attorney General Brian Frosh said, “Price transparency will help inform consumers of the actual price before pulling into the station.” (Failed. Sen. Kagan lead sponsor.)
Assisting the Bereaved 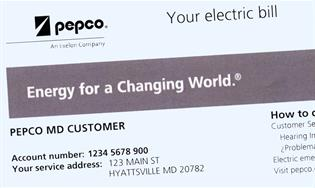 A constituent had trouble transferring ownership of utility accounts following her husband’s passing and contacted me. She was subjected to a credit check, a processing fee, and the general inconveniences that come with opening a new account. This was despite the fact that she and her husband had been responsible customers for decades! SB628 will allow consumers to send a copy of their marriage license, death certificate, or the preceding year’s jointly filed tax returns in order to change the name on the account.  (Passed! Sen. Kagan lead sponsor.)
Ending an Outdated Security Question
Using a mother’s maiden name as a security question dates back to 1882. Now, this personal information can be easily found online. Shockingly, banks continue to require it and offer no alternatives. SB160 required banks to provide at least two security questions for new account holders– neither of which can ask for a mother’s maiden name. (Passed in the House! Sen. Kagan lead sponsor.)
Standing up to Insurance Companies
We buy homeowner’s insurance to protect ourselves from circumstances we cannot predict or control. However, a constituent informed Del. Julie Palakovich Carr that current law allows an insurance company to cancel a policy if three weather-related claims are made within three years. I was delighted to sponsor legislation (HB333/SB345) in the Senate, which would have prohibited insurance carriers from canceling a homeowner’s insurance plan due to unpreventable, weather-related claims. (Failed. Sen. Kagan lead sponsor.)
Safeguarding Your Identity
An increasing number of businesses require swiping of customers’ driver’s licenses during a transaction, which captures and stores our personal information. Swiping can make us more vulnerable to identity theft via hacking. SB34 passed the Senate unanimously in 2019; this year, some powerful business lobbyists fought the bill, demanding amendments and killing the bill in Committee. (Failed. Sen. Kagan lead sponsor.)
Protecting the Personal Information of College Students
I sponsored SB588 for the University System of Maryland (USM) to protect personally identifiable information. This first-in-the-nation plan restricts third-party access to USM databases. Students would be allowed to opt-out of sharing their data. (Passed! Sen. Kagan lead sponsor.)
Bolstering Government Accountability & Efficiency 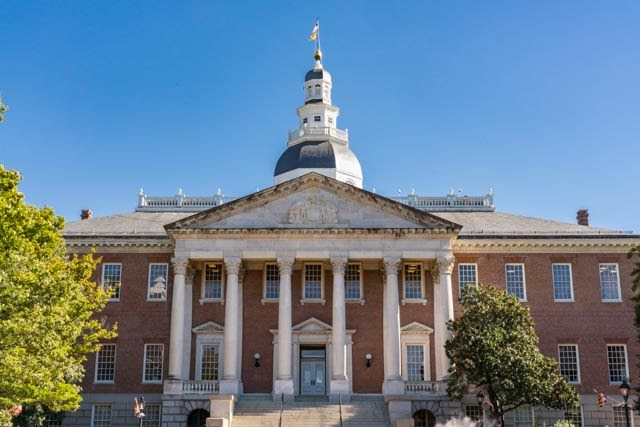 Increasing Transparency at Government Agencies
Last year, I enacted legislation to require that our State Board of Elections live-stream its meetings and post agendas and minutes on its website.  This session, I expanded that practice to the Emergency Number Systems Board (the 9-1-1 Board); Maryland Stadium Authority; Maryland Transportation Authority; and the Public Service Commission. I believe in government transparency, especially when agencies have significant fiscal responsibility. (Passed! Sen. Kagan lead sponsor.)
Simplifying the Grant Process
The Urban Institute reported that 80% of Maryland’s nonprofit grantees work with more than one State agency. Many of the required forms are complex and duplicative, requiring nonprofits and State employees to spend an inordinate amount of time on paperwork. SB630 establishes the Maryland Efficient Grant Application (MEGA) Council to review current procedures with an eye toward simplification. It will develop a “Common App” grant process across State agencies, similar to those students use when applying to colleges. Modeled on the innovative program created in Illinois, this will save time and money for both nonprofits and the State. My bill attracted strong, bipartisan support among my colleagues– every Senator signed on as a co-sponsor! (Passed! Sen. Kagan lead sponsor.)
Shutting the Revolving Door
The “revolving door” between public service and lucrative private-sector employment erodes trust in our democracy. The one-year “cooling off period” to prohibit lobbying that already applies to legislators and statewide elected officials will now cover appointees to the Executive Branch. The House amended the bill to strengthen penalties for public officials who accept bribes. (Passed! Sen. Kagan lead sponsor.)
Mandating Masks and Home-work!
We are now required to wear a mask when entering any business in the State. “Masks” broadly encompasses any type of face-covering– I have been wearing my Maryland Flag scarf when venturing out for walks and to the grocery store. If you’re looking for ways to make or buy a mask, check out these links!
Our State Superintendent of Schools announced that all Maryland Public Schools will remain closed until May 15th. If you’re looking for resources to keep your children busy and learning while at home, I have compiled resources on my website.
Working for You Year-Round!
The Senate President and House Speaker just canceled the special session in May that had been tentatively planned. Instead, we will continue to shelter at home and seek to support our constituents. For tips and links, visit my website at https://cherylkagan.org/covid-19-updates/. It is my honor to represent you in the State Senate, and I will see you in again when it’s safe.
Best,
Cheryl
Cheryl C. Kagan
State Senator, District 17
(Rockville & Gaithersburg)
www.CherylKagan.org
P.S.: Tomorrow is the 50th annual Earth Day! Although many celebrations have been canceled, you can still visit a local park and learn how to reduce your environmental footprint.