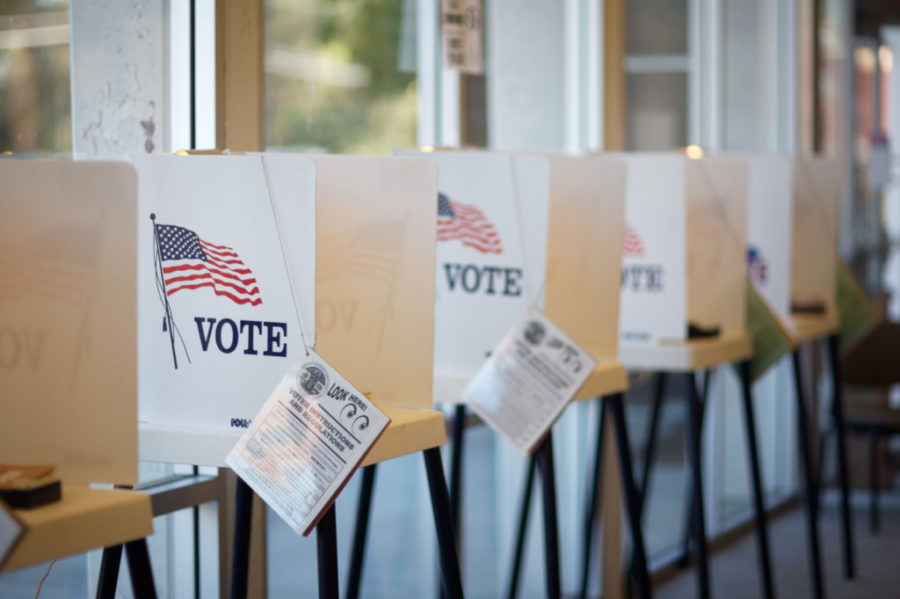 Maryland’s State Board of Elections is mandating the use of wireless technology to register voters during early voting days.

The Maryland State Board of Elections will use the same wireless technology that slowed voter registration in the state’s special election earlier this month for races later this year.

Issues occurred when the electronic poll books, the iPad-like devices used to register voters, had trouble connecting to the state’s main server in Annapolis. The poll books connect to the main server through cellular routers that help transfer voter information to ensure that double voting doesn’t occur.

“We have confirmed that the database became locked when performing multiple functions simultaneously,” said Nikki Charlson, administrator for the board. “This prevented electronic poll books from retrieving the requested voter information and slowed down the check-in process.”

Charlson said the board is conducting additional testing on the poll book database.

To avoid having technological problems in April’s primary election and November’s general election, Sen. Cheryl Kagan (D-Montgomery County) is proposing a bill that would avoid counting absentee ballots until after the regular count.

“By simply delaying the start of counting our votes by a few hours or a day or so, we can remove this risky problem,” Kagan said during a Senate committee hearing earlier this month.

But state officials and the company responsible for setting up the cellular routers to connect the poll books to the main server, Cradlepoint, assure board members there won’t be any issues.

Todd Kelly, chief security officer with the company, said Cradlepoint was not responsible for what caused the slow down in the special election.

“If there is a wire in the street and someone digs that up, then the poll books go down,” Kelly explained to board members this week. “It’s [the wireless routers that make the connection] a little more resilient in terms of a security perspective,”

The elections board purchased 1,300 routers from the company for about $1,400 each.

On Thursday, the board decided the state’s six largest counties including Montgomery, Prince George’s, Anne Arundel, and Howard counties will continue to use the poll books to send voter information to the main server during early voting. Local board of elections officials in those six counties will have the option to decide whether or not to use the technology during the primary and general elections.

But some county officials are pushing back. For example, Montgomery County leaders have already said they do not want to use wireless technology for any of their elections.

Montgomery County Executive Marc Elrich and council members also raised concerns over the cost of routers in a letter to the state board of elections last month saying the routers would cost at least $365,000.

“We believe that this implementation is unnecessary and potentially vulnerable to cybersecurity attacks, and we do not think it is an appropriate use of county funds,” the letter stated. “We do not support this project.”

Maryland Board of Elections member Kelley Howells feels similarly about the use of wireless communication calling it a mistake. She was the only board member to vote against using the technology.

“This is all news to me,” Howells said. “It seems like we’re taking a risk for no reward. I understand we spent all this money but that doesn’t justify not doing the right thing.”

Charlson said there is no risk in using the routers.

“Judges have been trained on using this device [the poll books] and in the counties that will be using these on election day the training has already started,” she said.

Despite concerns from voter advocates who are concerned the wireless technology is being mandated without a clear idea of what the vulnerabilities are, some board members are trying to balance voter demands.

Board member Malcolm Funn said the board is trying to accomodate voters who want immediate election results.

“We have to have something in place to monitor, adjust, and adapt to the change,” Funn said. We can’t live in the Flintstone error, and we have to maintain the security and privacy of voting. And at the same time, allow people to vote.”

After this election year, the state board says they will reevaluate whether or not they’ll use the routers in future elections.