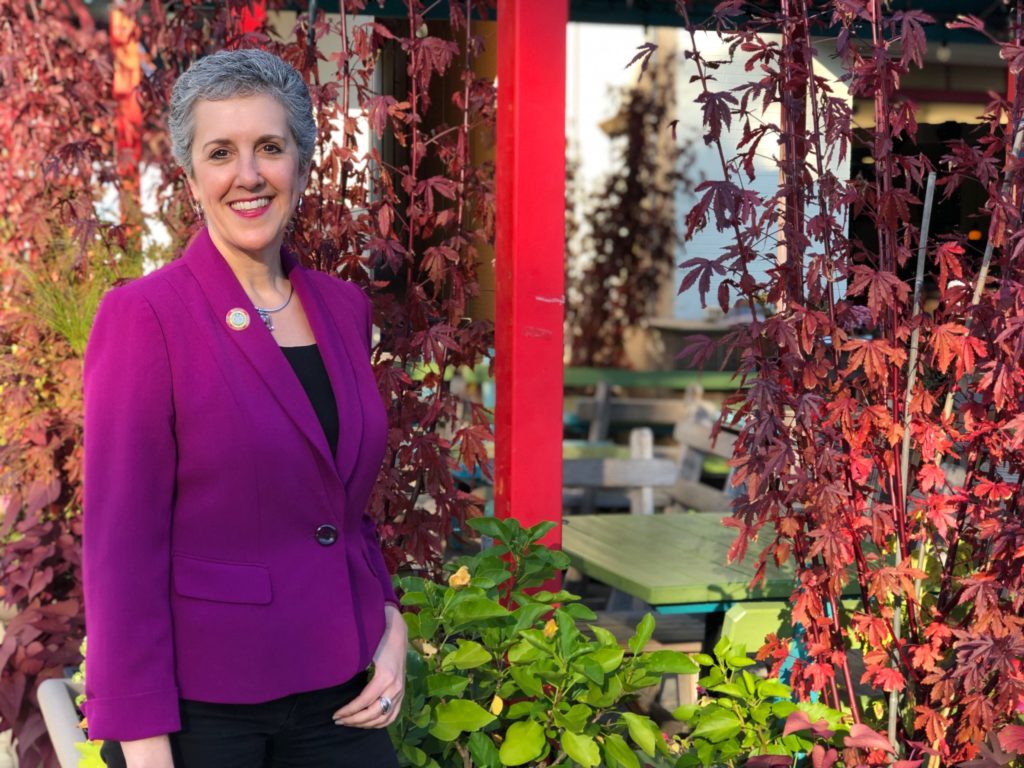 She loves them, and she likes to support local businesses. And, she adds, “It’s always important to know where the good delis are.”

Kagan, whose district encompasses Gaithersburg and Rockville, has long been involved at Congregation Har Shalom in Potomac. Her parents helped found the synagogue.

She’s been in musicals and had her bat mitzvah there. Most recently, she gave a d’var torah on Yom Kippur.

“I talked about the importance of us giving back to the community and to those less fortunate and doing it year round,” Kagan, 58, says.

That philosophy is one Kagan carries through to her legislative and political work. She’s pushed for state agency websites to be multilingual to accommodate residents of diverse backgrounds. She has worked with domestic violence prevention organizations that help “chained women” — Jewish women whose ex-husbands won’t grant them Jewish divorces.

Last year, Kagan filed a formal complaint against lobbyist Gil Genn, alleging that he slid his hand down her back, “down and grazed my tush.” Kagan says she thinks the #MeToo movement has empowered women. But that’s not all she wants to be known for.

“It’s easy for women to get pigeonholed and put in a little box, if we only care about women’s issues,” Kagan says. “While I’m passionate about women’s reproductive freedom, access to health care and pay equity … My legislative agenda is much broader than that.”

She also sponsored the bill, which passed in 2019, that will make Maryland the first state in the United States to ban Styrofoam.

When the General Assembly reconvenes in January, Kagan will be working on a bill that will require all bathrooms with just one toilet to be gender neutral.

“All the bill would mandate is just a change in signage,” she says, adding that this change just makes going to the bathroom easier for everyone. “It makes it easier for folks with disabilities … and obviously addresses some of the challenges with the transgender community.”

In 2017, Kagan created the Nonprofit, Interest-free, Micro Bridge Loan (NIMBL) — she adds, “I always say that I fancy myself to be the senator for the nonprofit sector.” In 2020, she hopes to create a sort of “Common Application” for grants, which will help nonprofits save time and money.

Throughout her busy life, music is a source of joy and escape for Kagan. She founded Folk ‘N Great Music, a unionized house concert series, 17 years ago.

“My life is really busy and really stressful,” she says. “When I sit down for an evening of live music, it’s just impossible to leave without feeling [joy].”

With her music connections and experience, Kagan began the UnNaugural Concert three years ago after Donald Trump was elected president. She says the day after the election, she was “thoroughly depressed.”

“I thought, ‘What can I do if I believe one person can make a difference? What can I do?” So she founded the event, which showcases five performers and raises money for five progressive causes. The causes shift each year — but Kagan is determined to make 2020’s UnNaugural her final show.

“Why is it going to be my final? Because on January 20, 2021, I hope and expect to be at an inaugural ball and not an UnNaugural concert,” she says.

And on top of it all, Kagan is a nationally ranked Scrabble player.