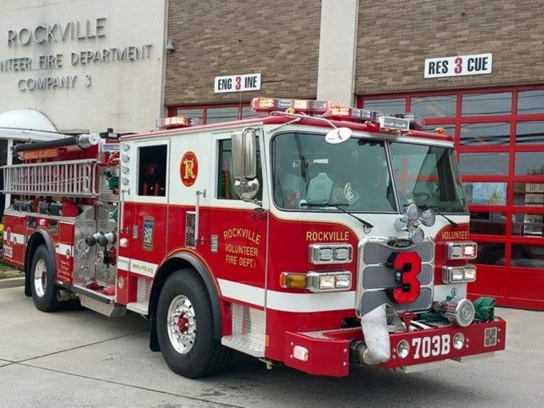 The Maryland State Firemen’s Association, who are meeting in Ocean City for the annual convention, voted Monday night to keep their name despite a push by some to make it more inclusive.

State Sen. Cheryl Kagan urged the association to make its name gender inclusive, calling the current name, “outdated, sexist and inaccurate” and “disrespectful to the courageous women who are protecting our communities around the state.”

Only 41% of the delegates voted to change the name to the Maryland State Firefighter’s Association. However, Kagan told MyMCM, “The conversation is not over.”

She noted that currently 82 of the 188 members of the Maryland General Assembly are female plus there are “dozens and dozens of allies” who are male. “Legislators are watching and hopeful the change will be made,” she said.

44 of the nation’s 50 states use the word firefighters in their name, Kagan said.

“Sadly sexism prevailed,” Kagan tweeted after the vote. “Delegates voted to retain MD State FireMEN’s Association, despite the growing number of volunteers, career folks, and fire chiefs who are not male!”

“We need to do this. It’s common sense,” Rockville Volunteer Fire President Eric N. Bernard told MyMCM as he was driving home from the convention Wednesday. 35 percent of the volunteers in Rockville are female, he noted.

“Our name should reflect who we are, what we do,” he said. “The moniker men does not reflect us.”

During the annual convention, a new slate of officers was approved. The incoming president said he would set up a task force whose members would visit all 353 rescue departments in the state to see how they felt about a name change.

Bernard is optimistic a more inclusive name will be chosen at next year’s convention.

In an email to MyMCM, a spokesperson noted that it was a secret ballot, but did explain, “We believe strongly in the power of language, and a name presented to the world as representing us should reflect that. Moreover, CJPVFD is proud of our Department’s diversity and of the fact that we provide EMS and Rescue Services in addition to firefighting. Our State organization should reflect that diversity and expansiveness of our skills.”

The Bethesda Fire Department voted in favor of changing the name, and even proposed updating the  name about 10 years ago, according to a spokesperson there. The department was represented at the convention by Board Member Andrew White, who introduced other motions to change the name, but they were voted down. According to the spokesperson, the Bethesda Fire Department “has stayed in the forefront of the effort.”

STATE ROUNDUP: CAMPAIGN FINANCE REPORTS ARE COMING IN AND IT’S ALL ABOUT THE MONEY