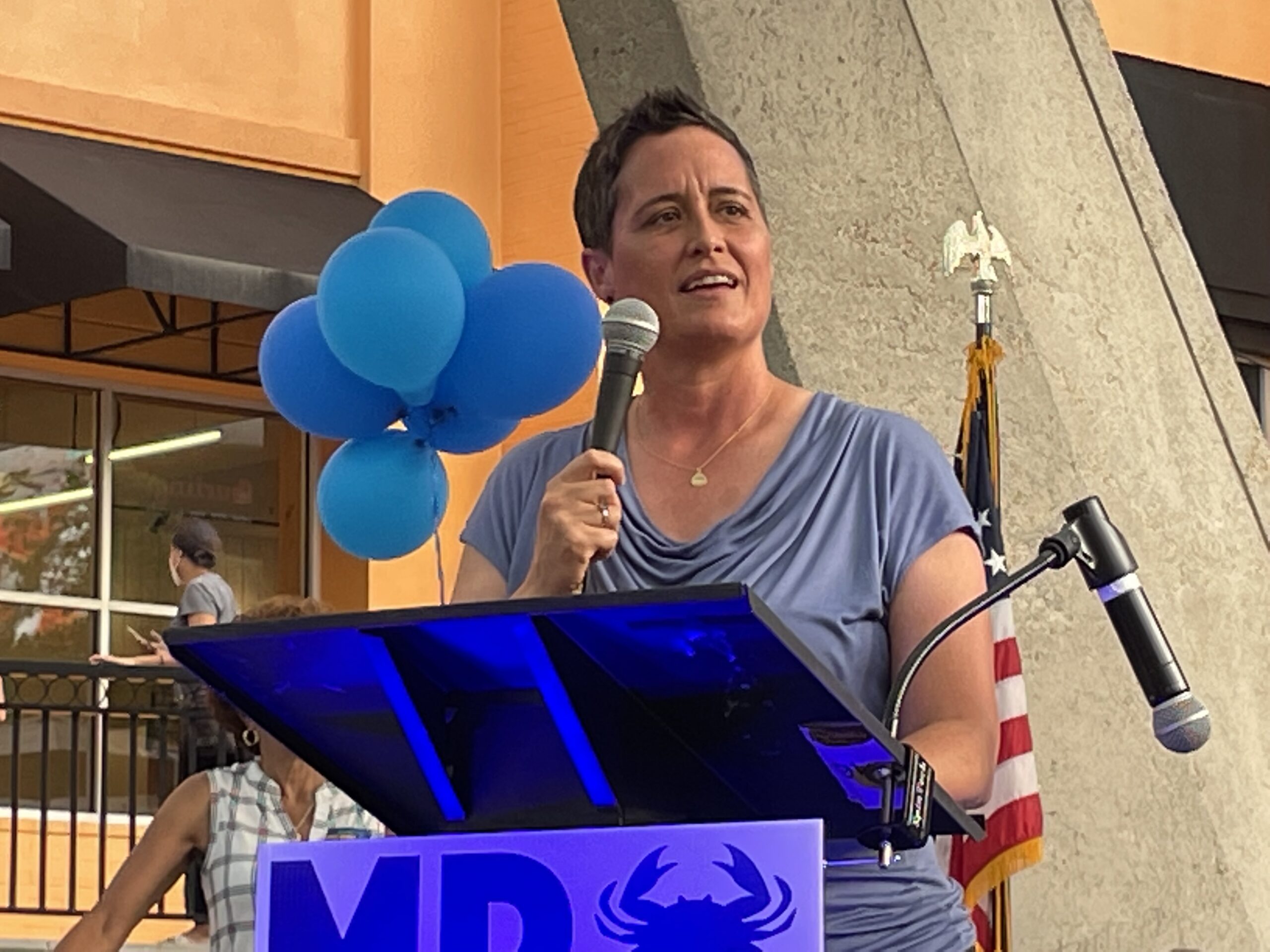 One of the attack lines Republicans frequently lob at Heather Mizeur (D), who is trying to oust Maryland’s lone GOP member of Congress, Rep. Andy Harris, this November, is that she used to represent Montgomery County in the House of Delegates before moving to the Eastern Shore.

It’s true: Mizeur represented District 20, in the southeastern part of the county, from 2007 to 2015, and previously served on the Takoma Park City Council. She moved to an herb farm on the Eastern Shore after losing a bid for governor in 2014.

So what will Republicans say now that Mizeur will be raising money in her old stomping grounds?

She’s returning for an event on Oct. 3, at the Silver Spring home of Camille Fesche, an Annapolis lobbyist, and her husband, state Sen. Will Smith (D), who represents the same district Mizeur once did. Co-sponsors of the event include two other Democratic lawmakers who represent District 20 in Annapolis, Dels. Lorig Charkoudian and Jheanelle Wilkins, other members of the Montgomery County legislative delegation, including Sens. Brian Feldman, Cheryl Kagan, Susan Lee and Jeff Waldstreicher, and several District 20 community leaders.

Most national political handicappers place the conservative 1st congressional district, which Harris has represented since 2011, in the “safe Republican” category for the fall. But Mizeur is a one-of-a-kind campaigner who has energetically and strategically sought to expose every one of Harris’ vulnerabilities.

And Harris, for the record, represented Baltimore County, not the Eastern Shore, when he served in the General Assembly.

Maryland at the CBC

It’s the first time the conference will be held in person in three years, and Maryland’s CBC members and other community leaders will have active roles at the event, which is expected to attract more than 10,000 attendees.

According to an online schedule, Rep. Kweisi Mfume (D-Md.) will co-host a discussion Friday on racial bias when it comes to medical treatment for Blacks. Janiece Taylor, assistant professor at Johns Hopkins University’s School of Nursing, will serve as one of the panelists.

As of last Friday afternoon, the schedule showed that Taylor will be joined by Joel Bervell, social media educator at Washington State University’s Elson S. Floyd College of Medicine.

On the same day, former Maryland Democratic gubernatorial candidate John King Jr. will participate on a panel for a discussion titled: “Commission of the social status of Black men and boys: Disrupting the school to prison pipeline by focusing on prevention and eradicating the Black student debt.”

King, of Montgomery County, will speak alongside Andre Perry, an author and senior fellow at the Brookings Institute, and Becky Pringle, president of the National Education Association. King served as U.S. secretary of Education under President Obama.

Other individuals on the docket include three Black astronauts – Jeanette Epps, Victor Glover and retired NASA astronaut Joan Higginbotham. They are planning to speak Wednesday about Black representation in the fields of Science, Technology, Engineering and Mathematics (STEM).

And a spokesperson for U.S. Sen. Chris Van Hollen (D) said he plans to attend the conference’s annual prayer session on Saturday morning.

The foundation warns on its website the schedule is subject to change.

The tour begins with a 2 1/2-hour stop at UMES on Wednesday morning. From there, it’s just a quick hop and a skip to Crisfield, where the annual J. Millard Tawes Clam Bake and Crab Feast, a must for political candidates, is taking place.