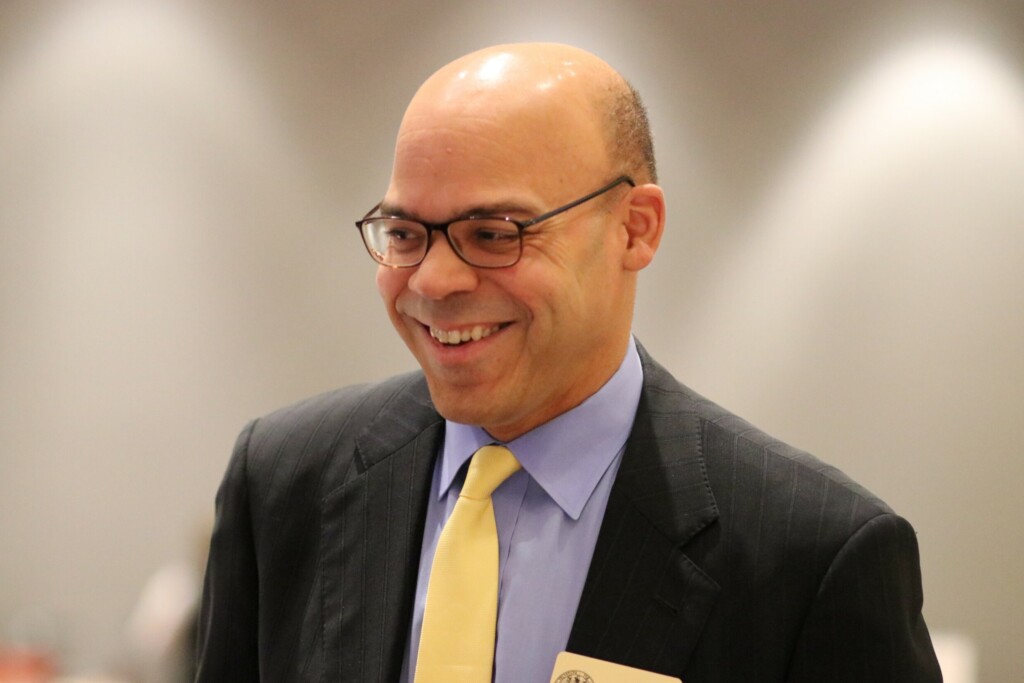 Montgomery County Democrats expressed confidence this week that party activist Aaron Kaufman will make an excellent member of the House of Delegates if he is elected in November.

Kaufman was selected to run for one of three District 18 House seats by the Montgomery County Democratic Central Committee late Tuesday. He beat out eight other candidates in a balloting process that ran late into the night.

Kaufman fills the ballot vacancy created late Friday when Del. Al Carr withdrew his re-election bid just hours before the 9 p.m. filing deadline. Carr immediately filed to run for a seat on the county council instead. His decision came as a shock to party insiders — including Carr’s colleagues in the Montgomery delegation.

The selection of Kaufman, a disabilities rights advocate, virtually guarantees he will win a four-year term in the Maryland House this fall, when all 188 General Assembly seats come open. The southern portion of Montgomery County is a Democratic stronghold.

Tuesday’s central committee meeting capped a five-day frenzy of activity for party leaders — a chain of events that began when word spread of Carr’s 11th-hour decision.

Because no one was able to get to the Board of Elections office in Annapolis in time to file for his seat, his actions left only two Democrats — incumbents Emily Shetty and Jared Solomon — vying for three seats. (Joel Rubin, a member of the Town of Chevy Chase Council, raced to Annapolis after he learned of the vacancy. He arrived at 9:01pm.)

George M. Cecala was the only Republican to file for the House in 18.

Even as they celebrated Kaufman’s win, party activists continued to fume over Carr’s decision. They said his failure to make his decision known earlier effectively disenfranchised voters.

“His legislative brand has been largely about ethics and transparency,” she said. “The stunt that he pulled on Friday was neither transparent nor ethical.”

Political activist Diana Conway said she was “very disappointed” and “dismayed” that Carr didn’t notify the public in time for potential challengers to enter the contest. While she was “frustrated” that the central committee was thrust into the role of having to fill the slate — over a holiday weekend — she doesn’t blame the panel.

“They were the ones put in place by the system,” she said. “I have no absolutely no criticisms of them. In fact, (I have) only praise for their efforts to have it be transparent.”

In an interview, Carr defended his actions. “I have no regrets,” he said.

Carr said he was so focused on the legislative session, which ended last Monday, he didn’t make his decision to run for the council until the morning of the filing deadline. He also said he expected the Court of Appeals to move the filing deadline because of a lawsuit challenging the new legislative map. The court let the assembly’s map stand.

Carr said he purposely didn’t tell anyone about his plans to avoid giving any single challenger an advantage. He withdrew from the race approximately two hours before the filing deadline. His withdrawal was posted on the elections board’s website shortly thereafter.

“People either like you or they don’t,” he said. “If they don’t like you, they’ll find a way to criticize you no matter what the timing is of your decision.”

Carr said people who felt strongly about serving in the legislature had months to put their name in. “Emily Shetty in 2014 did not wait for an open seat. She filed and ran,” he noted.

Filing-day shenanigans are not unheard of. Earlier this week, state Sen. Ed Reilly (R-Anne Arundel) withdrew from his re-election bid at the last minute, leaving Del. Sid Saab (Anne Arundel) as the only Republican in the race. Reilly said the two had agreed to the maneuver six months ago. More than a quarter of all sitting lawmakers were originally appointed, rather than elected, to their seats, according to a Maryland Matters analysis.

Although Carr denied being part of any attempt to steer the race toward any particular individual, that did little to quell the rumor mill. Central committee member Samantha Jones said the panel “only found out about Al Carr’s decision to change filings *after* the filing deadline.”

“I promise we certainly did not orchestrate this,” she added. “I think everyone’s frustrations come from the same source: Al Carr and his lack of transparency.”

During Tuesday’s central committee meeting, observers engaged in a robust chat — much of it critical of Carr — that one participant described as “wild.”

Shetty, Carr’s seat mate, said frustrations with his decision have been expressed “a lot, obviously, over the last couple of days, and I totally understand where people are coming from.”

She called Carr “a very thoughtful, kind and very deliberative person who spends a lot of personal effort evaluating every point of every decision he makes.”

“I know that Al agonized over this decision, and the timing, until the last minute,” she added. Shetty said she was unaware of his withdrawal from the House race until word began to spread on social media.

Several activists and elected leaders said election laws need to be reformed to avoid scenarios in which late withdrawals deprive voters of their ability to choose their leaders.

“Surely this type of decision could have been made earlier to give as many candidates as wanted to seek the seat the opportunity to jump in,” he said.