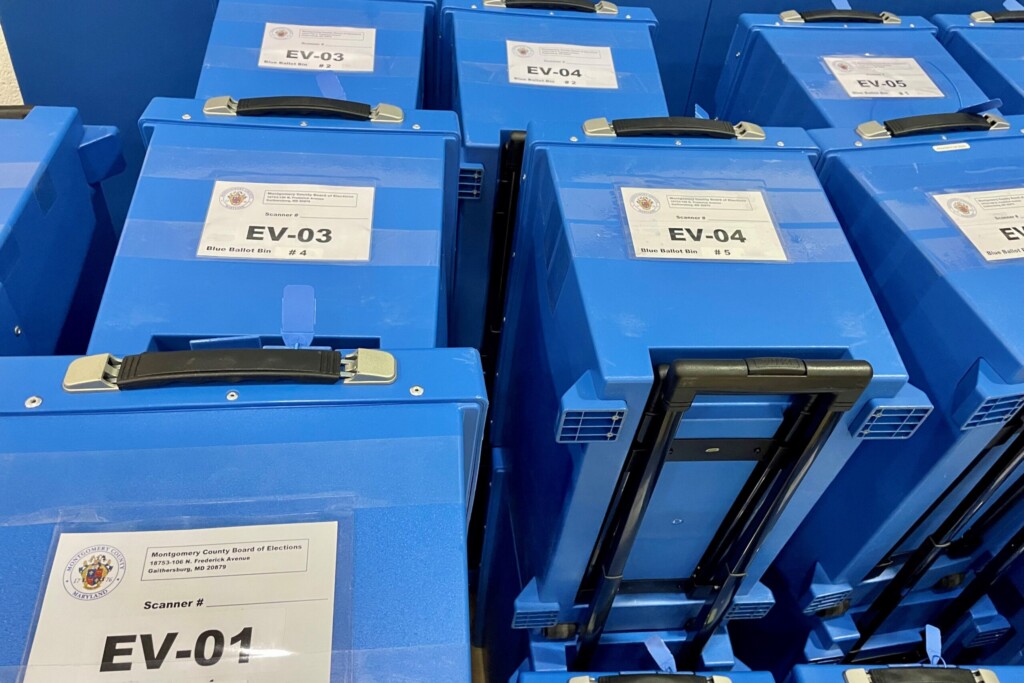 A legal skirmish over the upcoming election came to an apparent conclusion on Friday when the Maryland Court of Appeals issued an order allowing local elections boards to tally mail-in ballots as they are delivered.

The court issued its ruling in a four-page order signed by Chief Judge Matthew Fader and released five hours after the seven-judge panel conducted a hearing.

The ruling represented a victory for the state Board of Elections, which petitioned for the right to process mail-in ballots as they arrive. The board expects a deluge of mail-in ballots this election. Under state law, mail ballots cannot be opened or counted until the day after the election.

The decision was a defeat for Republican gubernatorial hopeful Dan Cox, a state delegate from Frederick County. He fought the board’s request in Montgomery County Circuit Court, and after a judge there ruled for the elections board, Cox appealed that decision.

During a circuit court hearing last month, a lawyer for the elections board argued that keeping to that timeline opened the possibility that results would not be known in time for county executive and council council members in charter counties to take office in early December as required. Judge James Bonifant sided with the elections board, giving elections officials the right to begin processing and counting mail ballots starting on Oct. 1.

On Friday in Annapolis, the board’s attorney, Assistant Attorney General Daniel Kobrin, restated their rationale for wanting to count — but not publicly report — ballots prior to Election Day. He said elections officials across the state continue to adapt to broad changes in voter behavior brought about by the COVID-19 pandemic.

“The board could not foresee that a once-in-an-almost lifetime event in 2020 would so fundamentally change the voting patterns in Maryland, and that the current statuary framework for canvassing and certifying results would not be fit, would be so ill-suited for that change in Maryland’s voting patterns,” he said.

As of Oct. 6, 551,483 Marylanders had requested a mail-in ballot, far eclipsing any prior election.

Kobrin also said local elections boards do not have the space to properly count ballots all at once and must do so as the postal service delivers them. In Montgomery County, he noted, the county’s budget was finalized the day before Gov. Larry Hogan (R) vetoed legislation that would have allowed ballots to be counted early.

Ed Hartman, an attorney for Cox, told the court that he understood why the board would seek permission to count ballots early. He said it might even be the best way to administer the election. But without a clear emergency, he maintained, the courts don’t have the power to allow it.

“We’re talking about ‘well, how can we help the board of elections do their jobs better,’” Hartman said. “That is not our job. That is the job of the General Assembly. And shame on ’em if they didn’t do it right. But that doesn’t mean that the Constitution authorizes us to swoop in and fix what they did.”

Hartman said the surge in the use of mail-in ballots was “a reasonably anticipated event that had been foreseen for some period of time” and therefore not an “emergency” requiring a court intervention fewer than five weeks before Election Day.

In a statement, the elections board said it is “pleased” with the high court’s ruling. “This decision will be instrumental in assisting local election officials complete the timely canvassing and tabulation of these ballots and meet all relevant statutory deadlines,” the board said, adding that the state board and local boards of elections have begun “implementing the pre-Election Day canvassing protocols established during the 2020 General Election.

Cox is a backer of former President Trump and has floated baseless allegations about the 2020 election. He spent time in Philadelphia as part of “Lawyers for Trump.” He did not issue an immediate reaction.

The legal debate over early counting began when Hogan vetoed a measure sponsored by Sen. Cheryl Kagan (D-Montgomery) on the Friday before Memorial Day weekend. She told reporters that the weeks-long legal battle triggered by his veto was avoidable. She accused the term-limited governor of attempting to bolster his White House prospects. “He was playing Republican politics by looking for an elections bill to veto so he could try to pander to the Trump wing of his party,” she charged.

Hartman and a second Cox attorney, who was flown in from Mississippi for the hearing in Rockville, are being paid from campaign funds. The court ordered Cox to pay the costs associated with his legal challenge.

Prior to the appeals court’s ruling, Cox left open the possibility that he would take his fight to the U.S. Supreme Court. “This is the last word in the state of Maryland,” he said during a news conference outside the Court of Appeals in Annapolis. “And I’m not going to speculate on any attorney advice or any options. As a member of the Supreme Court bar, I am always proud of the constitutional process that you can always appeal to the Supreme Court.”

“That’s not something that is even considered at this point,” he added.