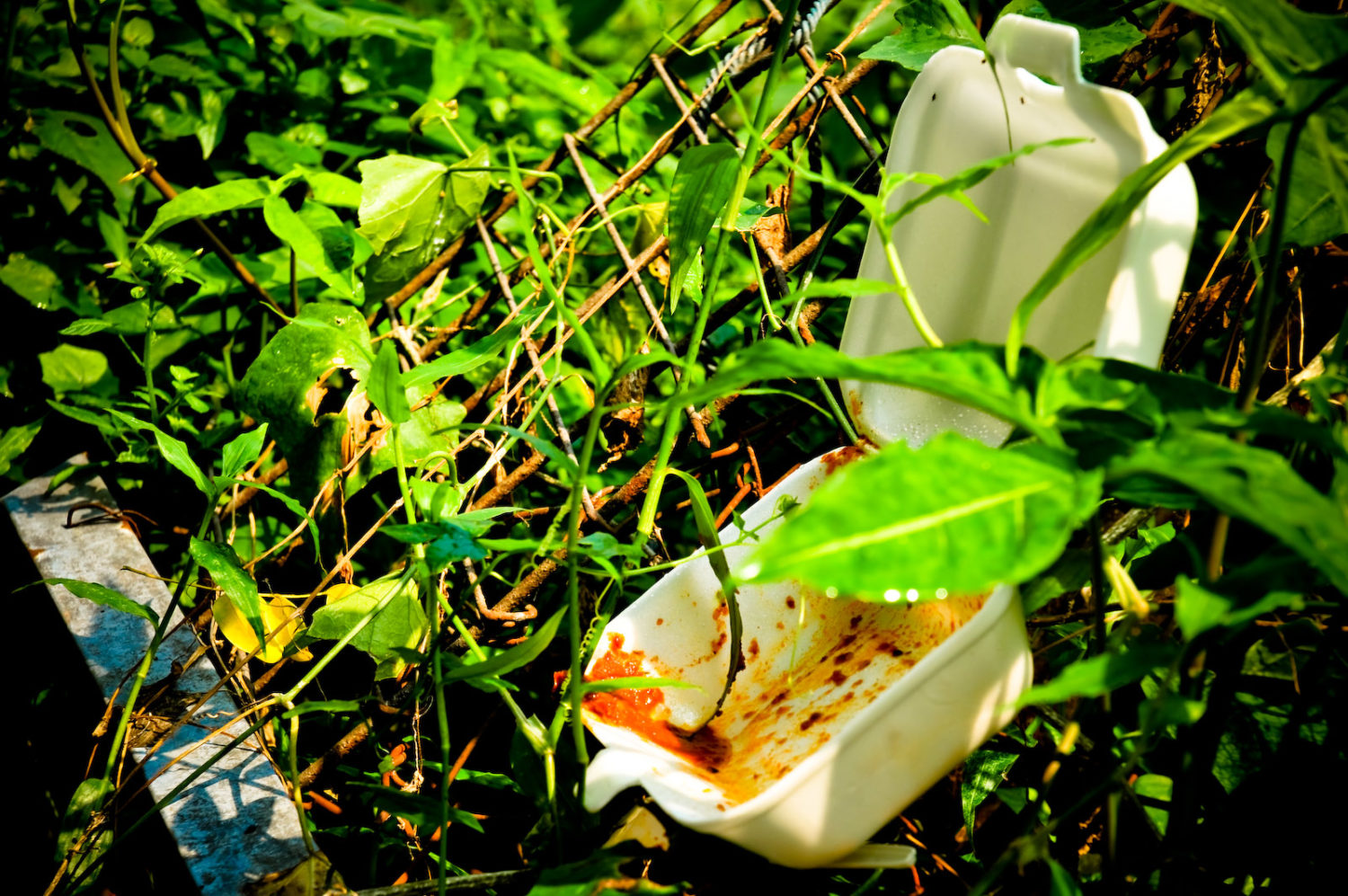 Styrofoam is cheap, sturdy and keeps your takeout warm. But it’s also terrible for the environment, and even worse than other plastic alternatives.

“It’s bad for the environment to produce, and it often ends up as litter on the side of our road,” said State Sen. Cheryl Kagan, a Democrat who represents Montgomery County. Kagan introduced the bill to ban styrofoam statewide, which the General Assembly passed in April 2019. The ban goes into effect Thursday, Oct. 1.

Foam is worse than other plastics, said Kagan, because it’s not generally recyclable and it can easily end up in the ecosystem. “It’s lightweight, it breaks down, it gets into our waterways where the fish eat it. And then we eat the fish and ingest the chemicals.”

Maryland’s ban applies to most food service containers — plates, bowls, cups and clamshells. It doesn’t apply to containers for raw butchered meat or seafood, or to prepackaged foods that were in foam containers when purchased by Maryland business.

So, for example, grocery stores can still sell eggs in foam cartons, as long as they were packaged that way when the store purchased them.

Maryland’s foam ban was supposed to go into effect in July, but Gov. Larry Hogan’s administration delayed the law’s implementation by 3 months amid the coronavirus pandemic. Under the law, any business or school may apply for a waiver of up to a year, if using non-foam containers is an “undue hardship.”

For many Marylanders (and D.C. residents who visit the Old Line State), the foam ban won’t be hard to get used to: More than half of Maryland residents already lived in jurisdictions with foam bans in place, according to Kagan. These include Montgomery, Prince George’s and Anne Arundel counties, along with Baltimore City. D.C.’s ban on foam food containers went into effect in 2016.

The ban will be enforced by individual counties. Each will get to decide how to conduct enforcement — whether using health inspectors who already visit food service businesses regularly, or the county department of environment. Counties can impose a fine of up to $250 for failing to comply with the law, after giving at least one written warning and a three month grace period.

So what will businesses replace their foam containers with? Montgomery County has compiled a handy spreadsheet of more than 8,000 recyclable or compostable alternatives. Some are trendy compostable materials like bagasse (sugarcane pulp), but others are plain old plastic. 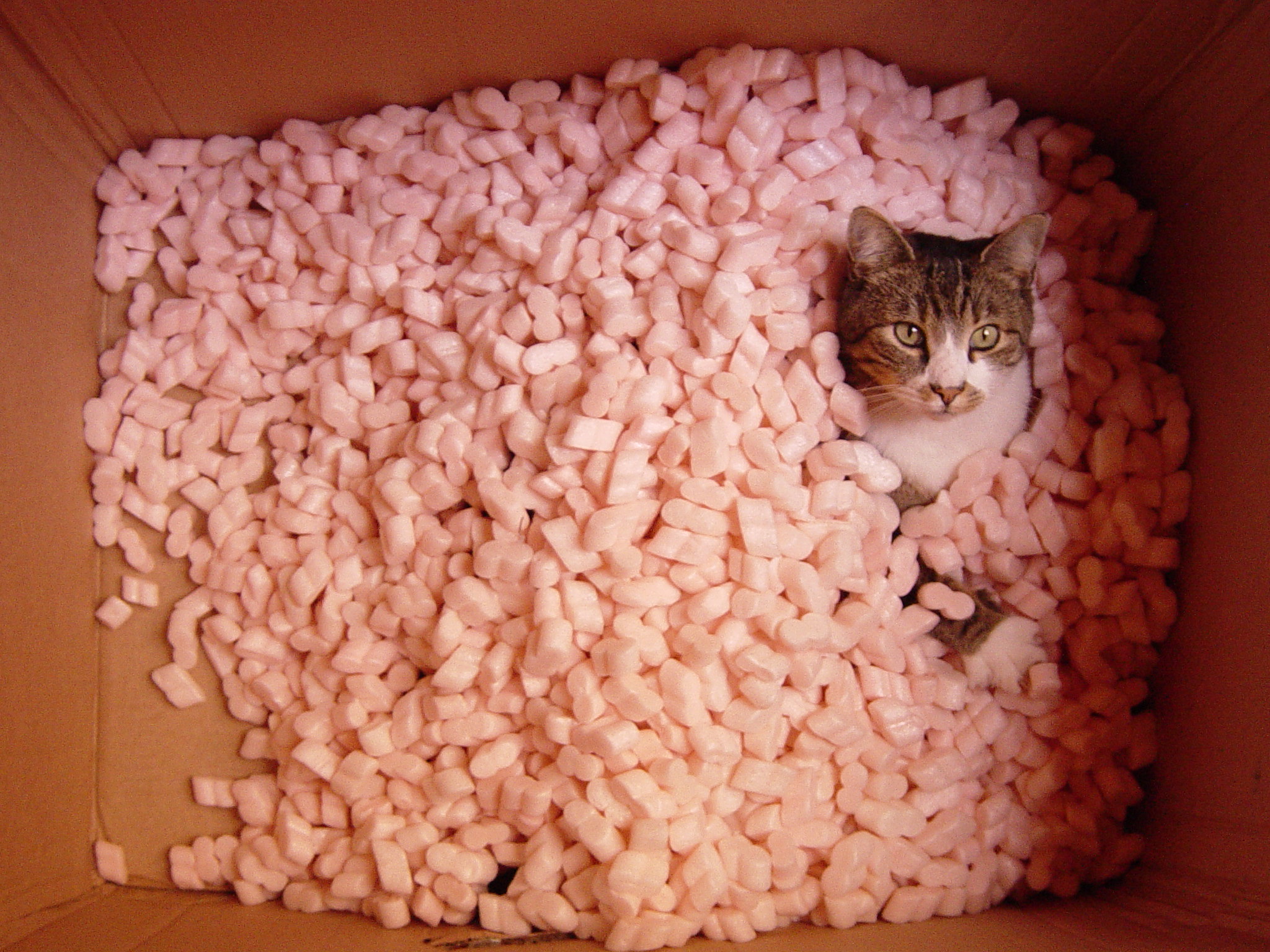 The ban doesn’t affect non-food uses of foam, so cats can rest assured that foam packing peanuts are still legal.

Styrofoam is itself a form of plastic, known as expanded polystyrene, or EPS. It’s made from tiny polystyrene beads that are heated with steam until they expand, becoming as large as 40 times their original size.

While EPS is on its way out, polystyrene (the unexpanded variety) is still legal and a popular option. While the two materials are made from the same chemicals, foam is not recyclable, and is much harder to clean up once it becomes litter and begins breaking apart.

The EPS ban does not affect non-food uses of foam, so foam coolers, foam shipping inserts and foam packing peanuts are still OK.

This story originally appeared on DCist.