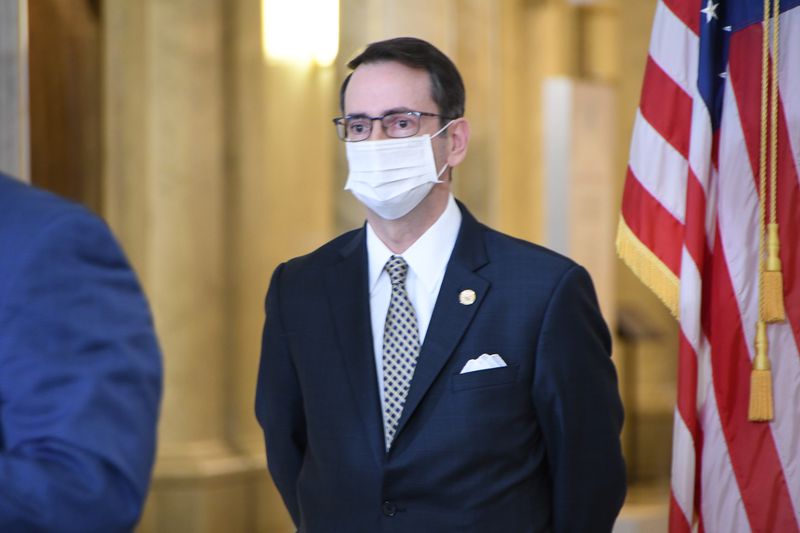 State lawmakers expressed surprise and outrage when they learned in August that Roy McGrath, head of the Maryland Environmental Service, left his job with a six-figure payout that included a year’s salary.

But it wasn’t the first time an independent state agency has come under fire for its payments to executives.

In 2019, legislators discovered that TEDCO, Maryland’s technology-based economic development agency, had paid more than $323,000 in bonuses for senior staff, including more than $100,000 for its CEO.

And more than a decade ago, lawmakers were critical when an audit revealed a $15,000 bonus for the director of the Maryland Stadium Authority. He resigned — but not before getting a six-figure severance and a consulting deal to continue his salary for a couple of months.

Maryland has dozens of independent agencies, some unbound by the policies that regulate state government employee pay and bonuses. A survey by The Baltimore Sun found a variety of current practices regarding bonuses and severance at these entities, which do everything from building sports stadiums to providing last-resort auto insurance to seeding tech startups.

While the MES practice of giving payouts to departing executives is not the norm across independent agencies, some have granted bonuses and severance in certain circumstances.

State lawmakers are considering reforming the board structure and operations of MES after The Sun revealed McGrath’s payout — worth more than $238,000 — when he left the agency to become Republican Gov. Larry Hogan’s chief of staff in June. McGrath resigned from the governor’s administration days after The Sun’s report.

State Sen. Clarence Lam said he also wants to take a broader look at all independent agencies, examining their board structures and legal relationship with the state.

Although many of these agencies are subject to public record and open meetings laws, Lam worries some of them can fly “under the radar.”

“There needs to be accountability and transparency for these types of agencies,” said Lam, a Howard County Democrat who co-chairs the General Assembly committee investigating MES practices.

“If you’re an extension of the state and you have privileges and are conferred certain rights that a private nonprofit or business doesn’t have,” he said, “then you also have the responsibilities that come with it.”

Independent agencies have boards appointed by the governor, legislators or other public officials, but they don’t always have to follow the laws that other state agencies do.

“They are all different,” said Kathleen Hoke, a professor at the University of Maryland law school and former assistant state attorney general. “When the legislature creates an independent agency, it decides essentially which parts of state law apply to that agency.”

For instance, the agencies may be free from complex procurement rules that other agencies must follow.

“There needs to be accountability and transparency for these types of agencies.”

That gives them flexibility, allowing them to procure goods and services more quickly and to have more control over which contractors they choose. They may also have fewer restrictions on employee pay.

State Sen. Cheryl Kagan said she was “astonished” last year when she learned the size of bonuses and salaries at TEDCO, the Maryland Technology Development Corp., which provides funding and support to startups.

The Montgomery County Democrat sponsored a 2019 measure to increase oversight of TEDCO, a bill that passed after a legislative audit critical of the agency’s Maryland Venture Fund. TEDCO has since seen leadership changes.

TEDCO has granted severance payments to six employees since 2016, officials there told The Sun. The highest severance amount was to former president and chief operating officer John Wasilisin, who received six months of salary payments totaling $120,000 when he resigned in January 2019. Davis received about $49,000 in severance later that year.

TEDCO recently announced a new CEO, Troy LeMaile-Stovall. Under the new leadership, the agency is emphasizing accountability and transparency about spending, officials there say. Its board is reviewing the use of bonuses. The oversight legislation doesn’t limit TEDCO’s ability to award bonuses, but does require the agency to report salary and bonuses annually.

The Maryland Stadium Authority, one of the state’s highest profile independent agencies, does not pay bonuses or severance, officials say, though its director’s contract includes a clause that if he were terminated without cause, he would be paid for six months.

The authority, whose responsibilities include managing the Baltimore Orioles’ and Ravens’ stadiums and overseeing a $1.1 billion program to build and renovate Baltimore schools, is legally exempt from the state personnel system, but officials say they follow many state guidelines and participate in state retirement and benefits plans.

Compensation there drew scrutiny from lawmakers back in 2004, when a legislative audit criticized the authority’s spending oversight and the director resigned after getting a $15,000 bonus that was documented with backdated memos. A few years later, the stadium authority came under fire for severances granted to executives.

“Well over 10 years ago, the Maryland Stadium Authority (MSA), experienced challenges with bonus and severance payments as reflected in audits,” spokeswoman Rachelina Bonacci wrote in an email to The Sun. “Since then, MSA has paid no employee bonuses or severance, except for those payments authorized for all state employees.”

At the Maryland Environmental Service, it was typical in recent years for departing executives to receive severance payments. They also received annual bonuses.

The cost of executive bonuses there has totaled more than $1.6 million since 2011, according to the records.

Some other independent agencies also have bonus programs.

For instance, the Maryland 529 Board, which administers the state’s college savings plans, adopted incentive bonus guidelines in 2017, based on state law. Under the policy, an employee may receive up to $3,000 every 24 months under certain conditions.

Funding for independent agencies varies. Some, including TEDCO, receive state funds. The stadium authority is primarily self-funded through the operations of the Camden Yards stadiums and receives no general funds from the state.

At MES, 95% of its revenue comes from payments it receives from local and state governments for providing services.

The agency dates to 1970, and it used to be part of the Department of Natural Resources. It carries out environmental and public works projects around the state, operates landfills and dredges waterways.

Lawmakers made it a quasi-public corporation in 1993 to give it flexibility, exempting it from parts of state personnel, ethics and procurement laws, according to Hogan’s office.

In light of the MES spending controversy, the governor has proposed possible reforms, including making it a full-fledged state agency or selling it to the private sector.

Lam, the state senator, said lawmakers “have a duty” to provide oversight of agencies like MES.

“They have some greater autonomy to some degree, but they’re not a private business,” he said.