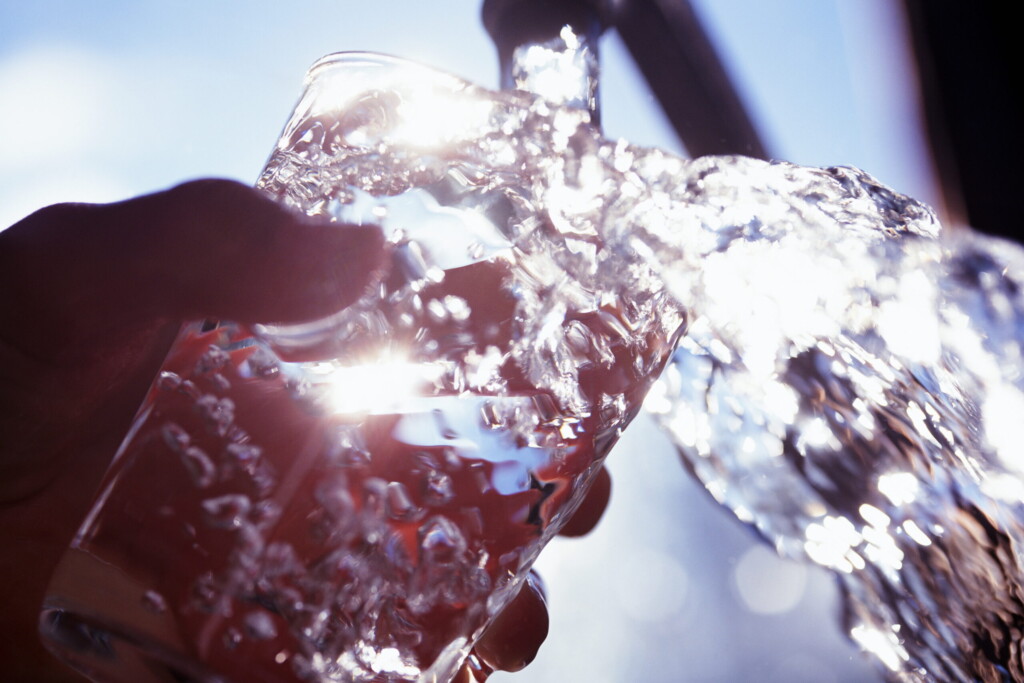 A new report concluded that the Maryland Department of Environment is understaffed and underfunded, sparking concern about strained oversight of the state’s drinking water and water treatment systems. Getty Images.

Lawmakers grilled Environment Secretary Ben Grumbles on the Maryland Department of the Environment’s enforcement and understaffing issues Tuesday, following a sewage spill in Southern Maryland, a report about inadequate state inspections at poultry farms and concerns about the state’s drinking water systems.

“Our work always recognizes the important role of proactive regulation and enforcement,” Grumbles told the Senate Education, Health and Environmental Affairs Committee. “Over the last few years, we have been keeping track of penalties and referrals — we know that that’s an area where we need to continue to step up.”

MDE’s drinking water program has 71 full-time positions, but nearly 40% of them are vacant, Frosh said. In 2011, there were 62 full-time employees, a number that dwindled to 44 employees despite an additional 350 new public water systems to oversee, according to Frosh.

A Maryland inspector has four times more drinking water licensees to oversee than the average inspector in other states, which includes visiting water treatment plants and looking at water quality results. Frosh said. The EPA recommends that MDE’s drinking water program have a total of 126 full time employees and $15.7 million more every year.

“This is probably the most critical function the State Department of the Environment performs. At least five and half a million of us depend on clean drinking water for our health,” Frosh said.

Sen. Clarence Lam (D-Howard) called MDE’s poor oversight of the state’s drinking water supply “a public embarrassment.” “The MDE is a public health agency, just like EPA is,” he said.

Grumbles pointed to workforce shortages and early retirements that occurred during the coronavirus pandemic. MDE has filled 68 positions out of their goal of 102 inspectors, Grumbles said. Since July 2021, 12 new staff have been hired and one employee was transferred to the program, according to MDE spokesman Jay Apperson.

In October, an environmental watchdog group found that the majority of poultry farms failed their state inspections but were rarely penalized. MDE imposed fines on only eight of 78 facilities with repeated violations and collected fines from only four poultry farms, according to the report.

“None of this would matter if the waters on the Eastern Shore were healthy,” said Eric Schaeffer, executive director of the Environmental Integrity Project. The levels of nitrogen and phosphorus in Eastern Shore rivers have been well above benchmarks for clean water since 2003, Schaeffer said.

“If these programs were working as intended, we ought to start seeing that showing up in the monitoring results and we aren’t,” he continued. He flagged a loophole in poultry farm regulations that allows farmers to ship poultry litter off their property to be spread by other farmers without disclosing how much litter is being applied.

Grumbles said that most of the violations by poultry farmers were related to paperwork. He said he is committed to ensuring that MDE does 50% more poultry farm inspections — or a total of 250 inspections — this year through more remote, off-site video inspections to supplement on-site reviews. MDE will also hire additional inspectors for concentrated animal feeding operations, according to Apperson.

When Sen. Paul Pinsky (D-Prince George’s) asked Grumbles why MDE did not act more promptly after the local health department notified the department of the sewage spill near the oyster harvesting areas, Grumbles said, “I accept responsibility for a breakdown and failure in communication.”

Although MDE’s inspectors were aware of the sewage spill, they did not properly communicate that to those working in the Shellfish Sanitation Program of MDE, Grumbles said. “It has consequences when people get sick or when an industry potentially gets a black eye for no good reason. It’s a painful lesson and we learned from it and we’re going to make sure it doesn’t happen again,” Grumbles said.

“Thank you for owning that — that’s probably the first time from this administration I’ve heard someone own a problem responsibly, so thank you for being transparent on that,” Pinsky replied.

Last month, a plant in Dorchester County that breaks down chicken carcasses for pet food shut down after MDE inspections found a slew of pollution violations, including releasing untreated waste and sludge into a stream. The plant was operating on a discharge permit that had expired in 2006, raising questions of whether other plants in the state could be running on “zombie permits.”

Grumbles said the state has a backlog of “zombie permits” to go through and has a plan to clear it. Pinsky also asked Grumbles if he had reached out to Gov. Lawrence J. Hogan Jr. (R) to request more funding for additional inspectors to reduce the backlog, before the governor finalized his budget, but Grumbles said he had to check with his staff. Pinsky said he wanted a copy of MDE’s request, if it exists.

Grumbles said one of his priorities is to address two wastewater treatment plants in Baltimore, which have been releasing millions of gallons of partially untreated sewage into the Bay, initially detected by Blue Water Baltimore.

But Sen. Mary Washington (D-Baltimore City) pushed Grumbles to speak about the other permits that MDE plans to look into, outside of the city.

“To continue to lay out Baltimore City or just one or two [violations] when there are hundreds of cases that are affecting all Marylanders — that’s what we want you to focus on,” Washington said.