The federal government approved a proposal by Maryland Gov. Larry Hogan on Thursday to relieve traffic congestion on I-495 and I-270. 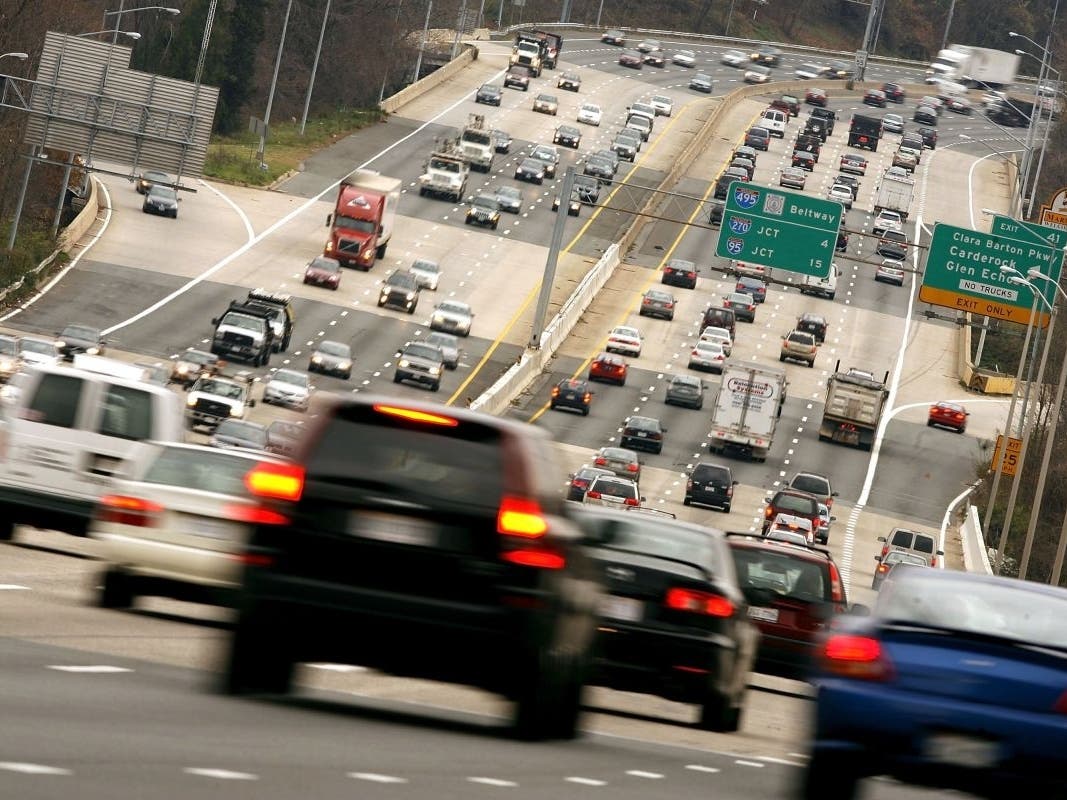 Maryland Gov. Larry Hogan is pushing a proposal to relieve traffic congestion on the Capital Beltway at the American Legion Bridge and on I-270 in Montgomery County. (Chip Somodevilla/Getty Images)

MARYLAND — A federal agency approved a high-priority proposal by Maryland Gov. Larry Hogan on Thursday designed to relieve traffic congestion on the Capital Beltway at the American Legion Bridge and on Interstate 270 in Montgomery County.

The Federal Highway Administration issued a “record of decision” in the project’s application process, the final step in the federal government’s National Environmental Policy Act review phase of the project.

Hogan, who is nearing the end of his second and final term as governor, released the plan five years ago to add four “express lanes” to the entire length of I-270 and the Maryland side of the Beltway.

“This is a major milestone for the most important transportation project for the National Capital Region in the last 50 years,” Hogan said in a statement Thursday. “With the Biden administration’s final approval, we are ready to move forward with this transformative project.”

Hogan said he emphasized in discussions with U.S. Transportation Secretary Pete Buttigieg that years of federal delays — “along with political stall tactics by Montgomery County politicians ignoring the will of their constituents” — have increased the costs and hurdles for the project.

In June, the Maryland Department of Transportation and the Federal Highway Administration released a final environmental impact statement on the project. The report was required by the National Environmental Policy Act for public construction projects of this scale before final federal approval can be granted.

The report’s traffic analysis acknowledged that “congestion would still be present during the [p.m.] peak period on I-270 northbound and the I-495 inner loop in the design year of 2045, due to downstream bottlenecks outside of the preferred alternative limits” – the section where toll lanes would not be added, Bethesda Beat reported.

The record of decision, which followed the release of the final environmental report, will allow the project to become eligible for federal funding. As a result, the state of Maryland applied for a federal grant to help in mitigating the costs of the delays, Hogan said.

The preferred alternative approved by the Federal Highway Administration would add two new variably priced toll lanes in each direction on the Capital Beltway from south of the George Washington Memorial Parkway in Fairfax County, Virginia, to west of Old Georgetown Road in Montgomery County.

“This interstate project will address one of the worst traffic bottlenecks in the country, create more jobs and opportunities, and expand bike, transit, and pedestrian infrastructure,” Hogan said. “It is exactly the kind of bold and forward-thinking solution that Marylanders have been crying out for, for years, if not decades.”

Hogan’s plan includes replacement of the American Legion Bridge, which carries more than 200,000 travelers daily between Maryland and Virginia. The bridge, formerly known as Cabin John Bridge, was widened from its original six-lane configuration to the current 10-lane version in 1992.

With other challenges still ahead, it is unclear what other steps the Hogan administration can take to move the project forward before he leaves office in January, Bruce DePuyt reported for Maryland Matters on Friday.

The plan to widen I-270, including adding toll lanes, has faced strong opposition in Montgomery County.

“How on earth can we justify spending billions of taxpayer dollars and then assessing tolls that are going to be unaffordable to virtually anyone while we don’t have the environmental impact statement, we don’t understand how it’s going to destroy our environment and our neighborhoods, one?” state Sen. Cheryl Kagan (D-District 17) said in 2021.

Marc Elrich squeaked by to win nomination. What will he do next?