Gambling risks for youth may be taught in Md. high schools 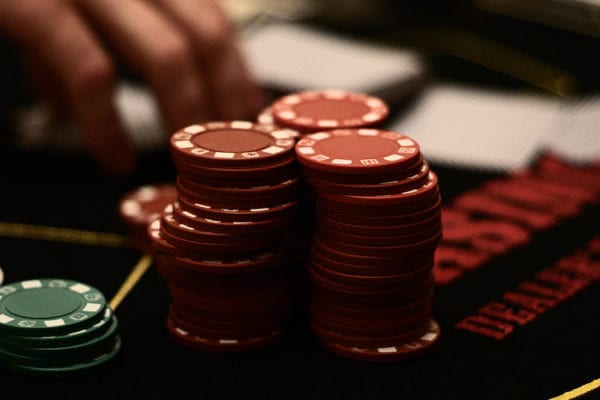 Capital News Service — Maryland high schools may soon be required to adopt a curriculum on gambling addiction, depending on the fate of one bill in the state legislature.

Local school districts would have the option to use an existing gambling curriculum or to establish a new curriculum, according to Simonaire.

“From a governmental policy standpoint, the state receives money from gambling revenues that can be used to help other priorities in our state, but also adversely enables many citizens to become gambling addicts, which creates other issues for the state,” he told Capital News Service.

Simonaire cited numerous studies in arguing the need for required education on the risks of gambling.

Multiple studies have shown that people aged 18 to 34 are at the highest risk of developing a gambling addiction.

The risk of gambling addiction is higher among those in lower socioeconomic classes and increases the earlier they begin gambling in adolescence, according to the Victorian Responsible Gambling Foundation, in Australia.

Annual payments of $425 per slot machine and $500 per table game go to the fund every year, according to Maryland law.

Simonaire expressed support for the funds but said there should be a greater focus on educating young people before they get addicted.

Simonaire proposed a similar bill last year that was passed nearly unanimously by the Senate but was not voted on in the House of Delegates due to the early ending of the legislative session amid the COVID-19 pandemic.

This year’s bill is identical to the amended version from last year, according to Simonaire.

“I have worked extremely hard to provide consensus among the stakeholders,” he told Capital News Service. “At this point, I believe there won’t be any opposition to the bill this year.”

Kagan told Capital News Service that she will oppose the bill again this year.

“It is a widely held philosophy that the state should not mandate curriculum requirements on our 24 local school systems,” she told Capital News Service. “Our local Boards of Education were elected to represent their communities and are best equipped to decide the curriculum for students in their county.”

Pinsky, who is the chair of the Education, Health and Environmental Affairs Committee, did not respond for comment on whether he will oppose the bill again.

Simonaire told the committee during a Wednesday meeting that the Maryland Association of Boards of Education will no longer be opposing his bill as it did last year. However, there is still hesitation from some local school districts to adopt a statewide required curriculum.

The Baltimore City Board of School Commissioners and Anne Arundel County Public School system each had a spokesperson testify against the bill last year.

A spokesperson for each group told Capital News Service that they will continue to oppose the bill this year.

The Baltimore City Board of School Commissioners provided Capital News Service with its written testimony against this year’s bill, stating that the school system does not want a new, mandated curriculum to take time away from other health topics such as opioid abuse, consent, and healthy eating.

Maryland voters approved of legalized sports betting on the ballot in November via Question 2 with the implication that the government revenue goes to education.

Simonaire told the Capital News Service that he hopes for his bill to be voted on in the Senate by the end of January.

If passed, the local curriculums will begin being taught in the 2022–2023 school year, according to the bill.