Senator Cheryl Kagan has made 911 emergency service one of her top priorities for many years.  In the last session of the General Assembly, Kagan and Republican Senator Ed Reilly (who represents District 33 in Anne Arundel County) introduced SB 633, which made a host of improvements to the state’s 911 system.  The bill’s provisions included defining first responders, allowing them to seek confidential treatment for job-related trauma, encouraging compensation that is “commensurate with the training, knowledge, and skills they possess,” allowing counties to increase 911 fees and other reporting and administrative measures.

The bill passed the House on a 92-40 vote, passed the Senate on a 33-14 vote and was later signed into law by Governor Larry Hogan.  Among the delegates who voted no were Republicans Sid Saab (who represents Reilly’s District 33) and Reid Novotny (who represents District 9A in Howard and Montgomery counties).  Besides being Republicans who voted against improving 911, Saab and Novotny have something in common – they are both running for State Senate in swing districts.  Saab’s race to succeed Ed Reilly has been nasty enough to spawn a defamation lawsuit and Novotny’s race against Democratic incumbent Katie Fry Hester is thought to be one of the closest in the state.

Determined to prevent Saab and Novotny from joining her in the State Senate, Kagan has done something I have not seen before – she directly paid for negative mail against them.  Yes, slates and caucus accounts are sometimes used for such things (it happened in District 18 in the primary), but Kagan paid $15,925 from her own campaign account to Blue Wall Mail for mailers targeting Saab and Novotny.  That came on top of Kagan’s donations of $2,000 to Hester (Novotny’s Democratic opponent) and $1,000 to Dawn Gile (Saab’s Democratic opponent).  If their races are as close as many believe, will these mailers make the difference?

The mailers are reprinted below. 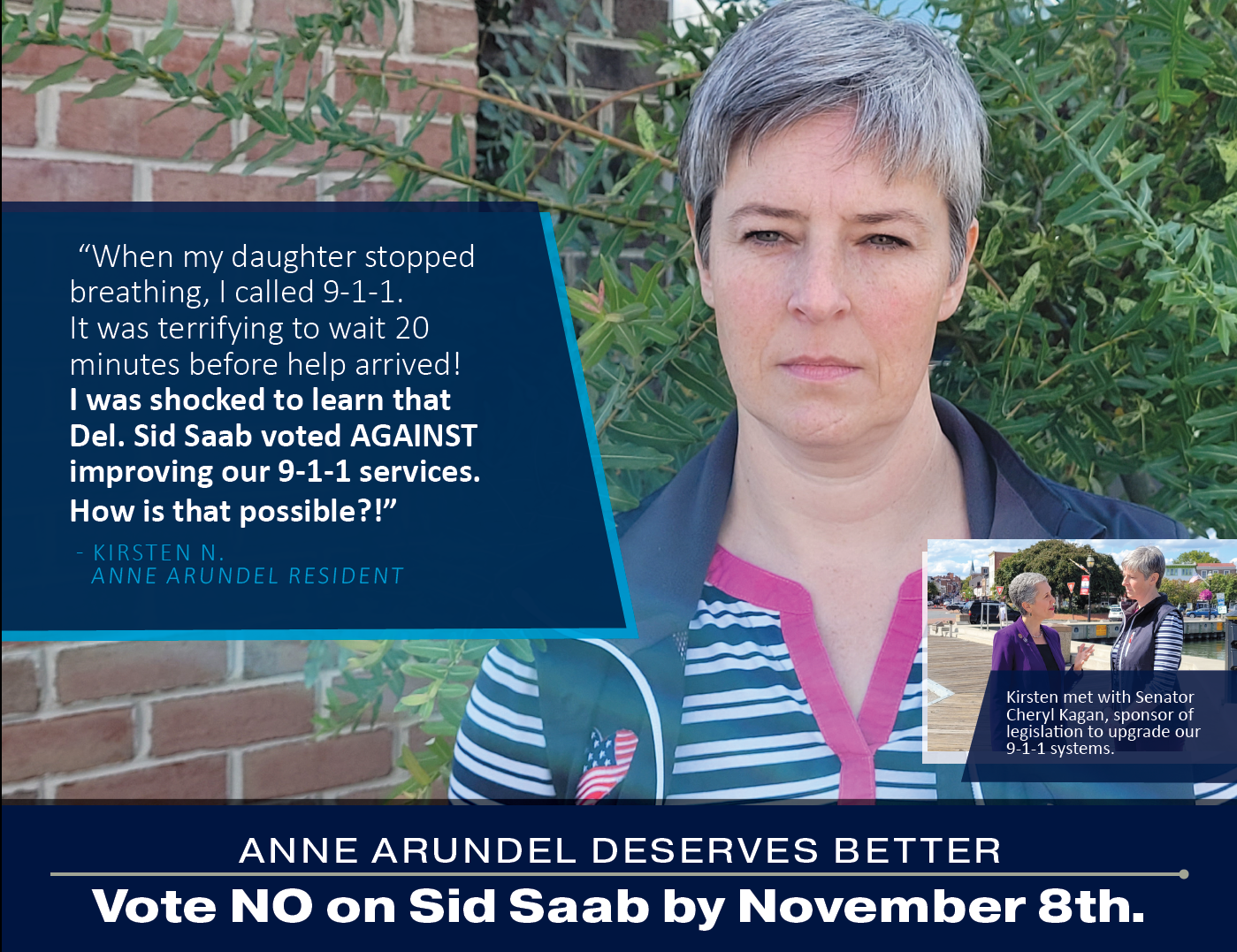 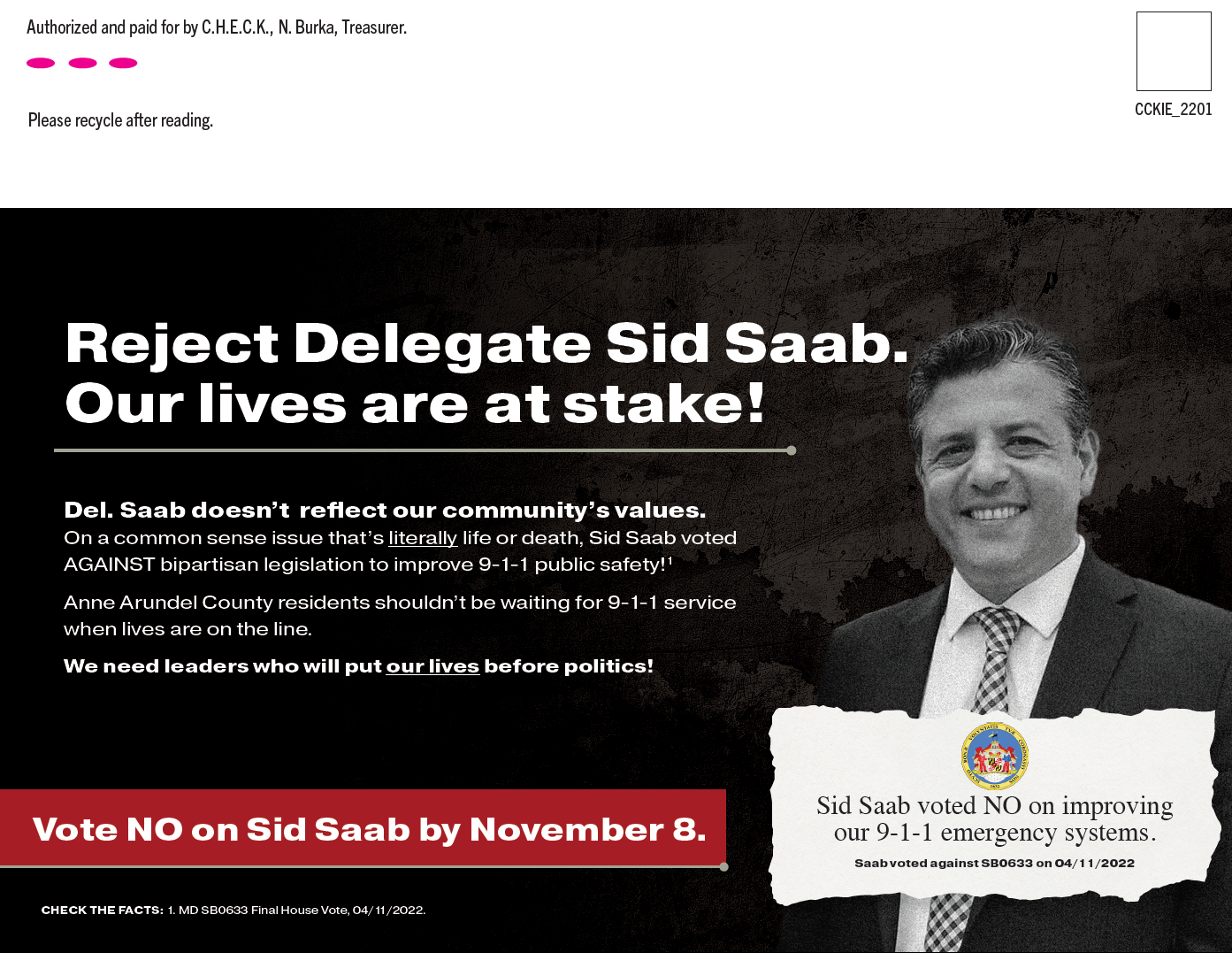 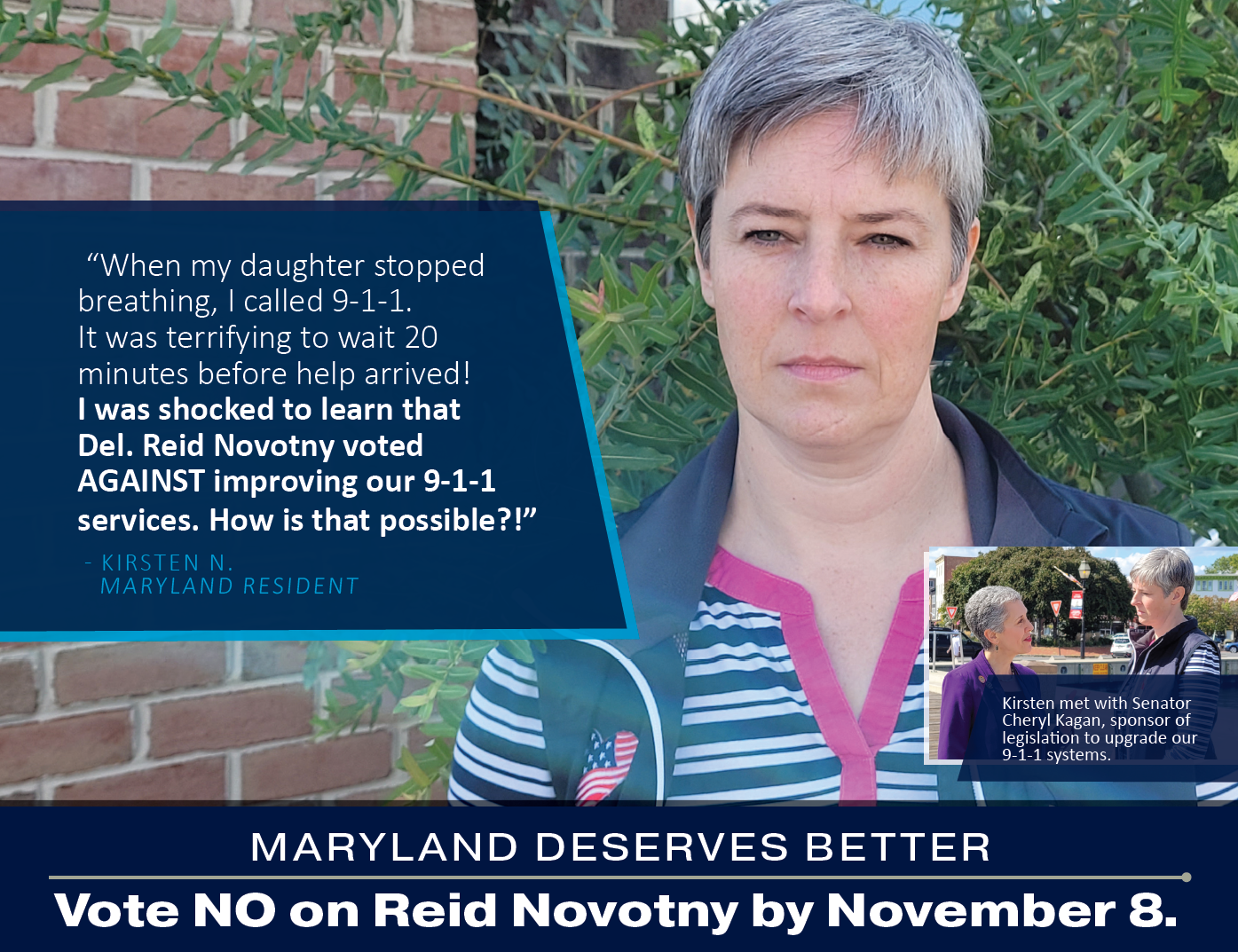