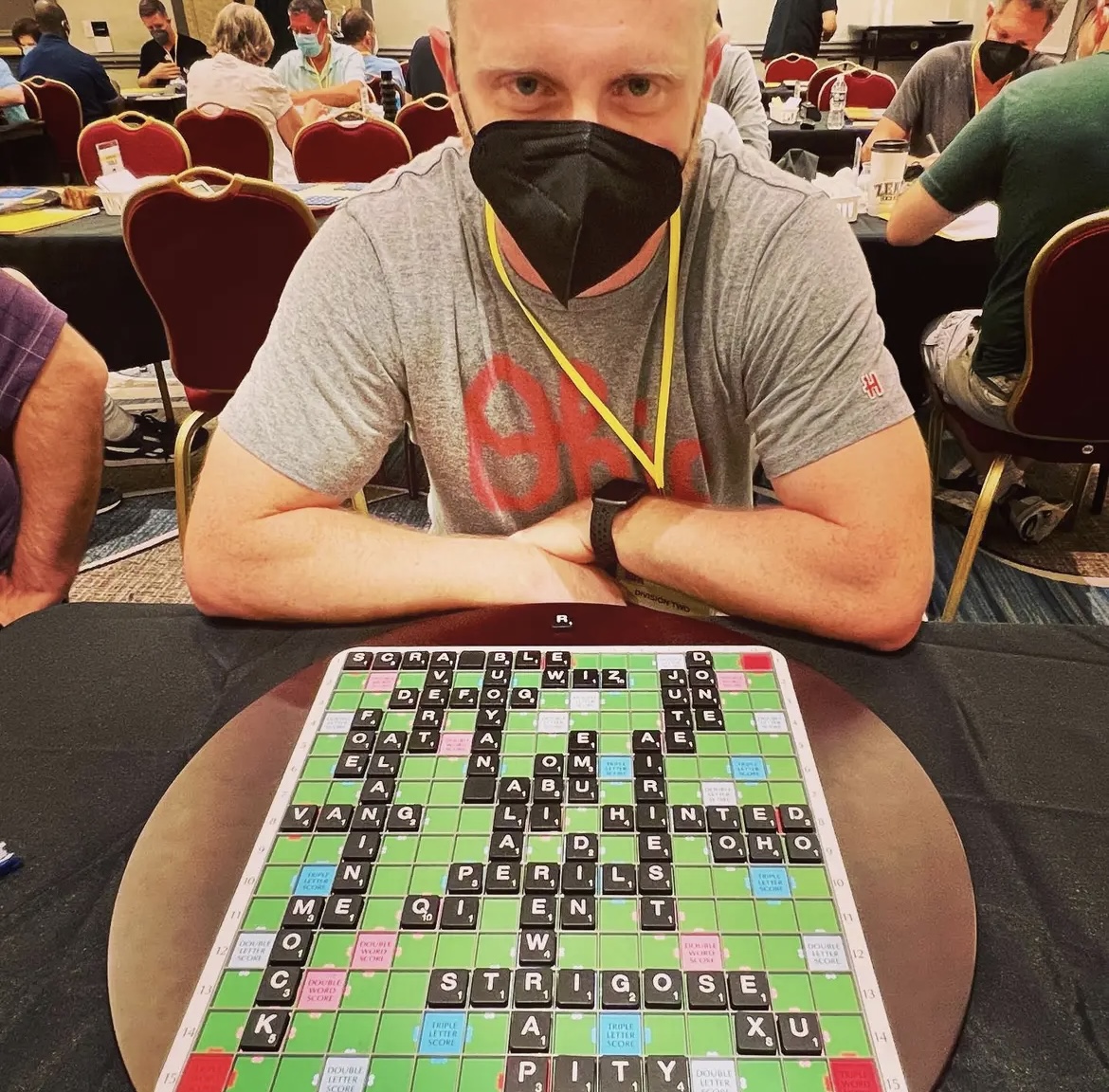 Skilled word wranglers are facing off this week in the 2022 Scrabble Players Championship here in Baltimore through July 27 at the Marriott Inner Harbor.

With the efforts of one of this year’s competitors, Maryland State Sen. Cheryl Kagan, Baltimore was awarded the opportunity to host the event for the first time.

Kagan tweeted Tuesday that she is proud Baltimore is hosting the championship after coronavirus-related delays.

John Chew, CEO of the North American Scrabble Players Association, said the organization planned to have Baltimore host the championship in 2020, but it was delayed to 2021 and delayed again to this year.

Not only is this their first event since the start of the pandemic, it is also their first time playing since offensive words and racial slurs were removed from the playing lexicon, Chew said.

In 2020, several members of the NASPA called on the organization to ban the use of a racial slur, and more than 200 other offensive terms, from its dictionary of terms. Hasbro, which owns the rights to Scrabble in North America, agreed to remove all slurs from their word list for Scrabble tournament play.

Over more than four decades of the event, Scrabble players from around the world have gathered for hours of competitive play.

This year’s championship in Baltimore features 283 players from 10 countries.

After two years of virtual play, Chew said so far he has most enjoyed “seeing so many of our friends in person again, and playing Scrabble with them not online but safely masked.”

Spectators can follow the feature board streamed at twitch.tv/scrabble, which features seven hours a day of play, scores, round-by-round standings, detailed reports, and expert commentary.

Winners and losers (so far) in the Maryland primaries